PSYCHOSiS Deathmatch :: Why We’re Here and What We’re Doing… Basically, PSYCHOSIS DeathMatch is a site dedicated to making graphics/3D modeling-based modifications for first person shooters (right now we’re pretty much focusing on id engine games). For now, the site will house new player models and graphics packs (interface overhauls, skin packs, etc.) and will hopefully grow to include new maps and other mods.

Currently, there are two main projects underway from PSYCHOSIS DM: First, a series of officially sanctioned models for Quake 2 (and potentially Quake 3) based on the comic book creations of Jhonen Vasquez [“Johnny the Homicidal Maniac,” “Squee!” and “I Feel Sick: A Book About A Girl”]. Secondly, a complete player set/graphics pack based on PSYCHOSIS Studios’ own Trent & Kay comics is in the developmental stages, being readied for use with Quake 3. But wait, there’s more; Other miscellaneous models are being produced at our whims.

Please, poke around, grab our models and graphics packs, and let us know what you think. -the PSYCHOSiS Deathmatch team 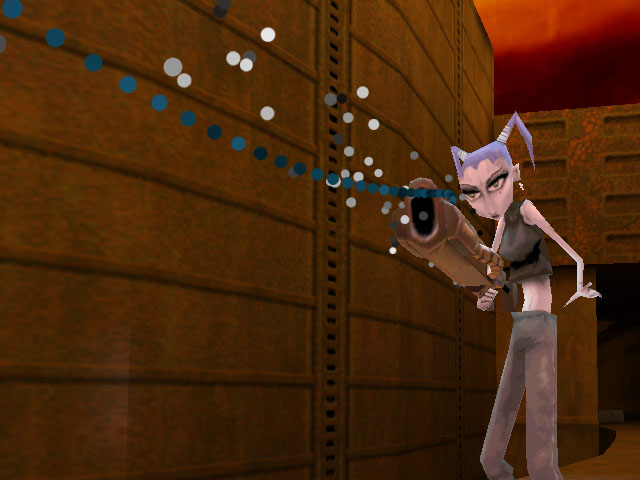 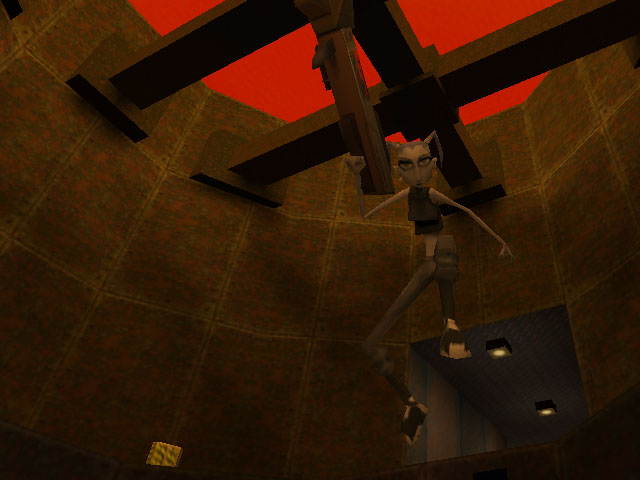 This model is based on Jhonen Vasquez’s character, who originally appeared in the pages of “Johnny the Homicidal Maniac,” and later became the main character in “I Feel Sick: A Book About A Girl.”

Jason takes Stroggos! Kind of an old-school favorite of mine, Jason returns to add a few victims to the old bodycount.

This model is officially endorsed by the creator of Johnny, Jhonen Vasquez. Thanks to him for support and for producing inspiring comics.

This model was the first PsychoDM model, band was based on Jhonen Vasquez’s depiction of himself as seen in the pages of “Squee!” The model was sent to Jhonen and met with enthusiasm, leading to the development of the Johnny the Homicidal Maniac model. 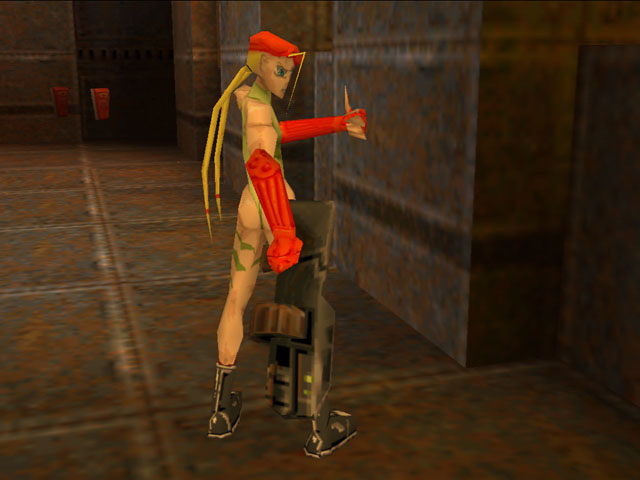 This model is based on the cutest character to grace Capcom’s Street Fighter series. Cammy is wearing her uniform as seen in her original appearance in Super Street Fighter II. Thanks to Capcom for making the only other type of game I’ll play. 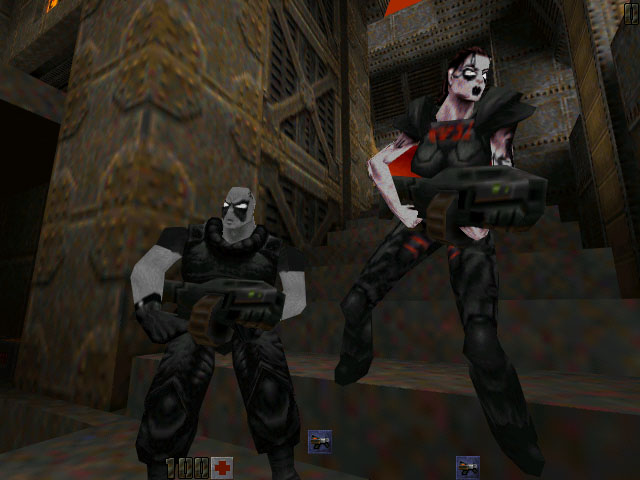 For more on Trent & Kay, visit Trent & Kay Online. These skins were PsychoDM’s first foray into game editing, and thus their simplicity should be understood. Basically, the Quake II marine skins were left mostly unaltered except for the faces. As such, it should be noted that the marine uniform designs are (C) id Software.

New graphics for most of the menu/navigation GUI, new in-game counters/icons.

This conversion was expertly carried out by Xurn, so many thanks and other words of praise go to him for bringing our favorite maniac into yet another new killing ground.

Check out the amazing Trent & Kay archive online! Big thank you to Psychosis Studios for archiving these beautiful comics: http://www.psychosis-studios.com/trentandkay/