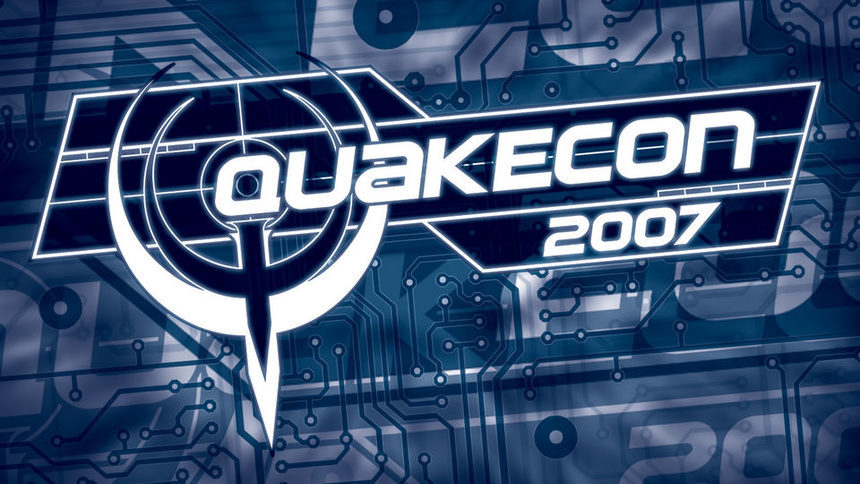 “Video of the Quake 2 duel between Toxjq and Fojji in the Quad Damage Finals at QuakeCon 2007. This is the second match of five that took place between the two players. The video is presented in High Definition and runs 15 minutes.”

-Video courtesy of Quake Unity and the Internet Archive.

Quoting QuakeCon.org: “QuakeWorld, Quake 2, Quake 3, Quake 4. — The QUAKE Quad-Damage Tournament. This year brings a new twist to QuakeCon’s classic 1 vs. 1 competition with the inaugural Quad Damage Tournament. Spanning all four QUAKE games, this year’s champion will need to be a master of a variety of weapons, maps, and play-styles – from QUAKE’s lightening fast action and dominating rocket launcher, to the more strategic gameplay and precision weapons found in the later QUAKE games. 256 contestants will be divided into 4 man groups with each player battling the others in a set of round-robin 1 vs 1 matches. Two phases of round robin play will reduce the competition down to the top 32 players, who will then battle it out in a single-elimination, best of 3 bracket to determine who is truly the QUAKE Master.”

“During QuakeCon 2007, a lot of interesting things happened, but first about the tournament. That’s right — not tournaments, but a tournament, in the singular. He was alone. But really unusual! The fact is that QuakeCon 2007 hosted the so-called Quad Damage 1v1 Tournament, where players had to fight each other at once in four different games — or rather, QuakeWorld, Quake 2, Quake III: Arena and Quake 4. By the way, when counting 2:2 on the cards (well, or ‘on the games’, if you want), the decisive battle took place all the same in Q4, because then id Software and Activision made great efforts to promote this game.

The championship finale turned out to be really hot, although at first it might seem that it would be just destruction. Look at the recording of the game that has already changed the nickname of Johan ‘toxjq‘ Quick and Magnus ‘fox‘ Olsson (…fox played under the nickname ‘fojji‘). On the first two maps (QuakeWorld and Quake 2), one player destroyed the other, and on the third and fourth (Quake III: Arena and Quake 4) everything was exactly the opposite. The accounts are just wild, an advantage of a few dozen frags!