Here’s my version of Laalaa from the great British children’s TV show Teletubbies. I’ve tried to keep the character of the character, the animations are fairly true-to-life and the weapon strapped to the arm is Tubby-Tech styled in blue tubbitanium metal. The tubby-television lights up for one of the taunt animations (and also when in pain, something you don’t often see on the show…) This model includes a full sound-set (all from the show) and eight different skins. 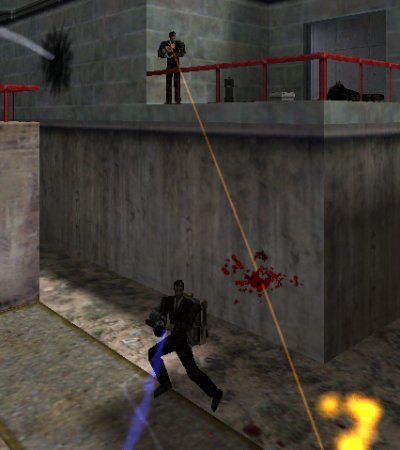 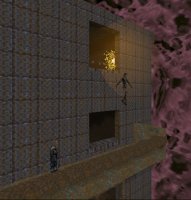 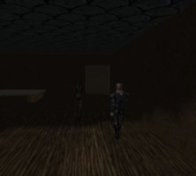 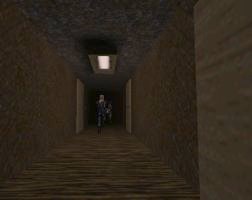 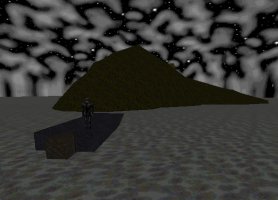 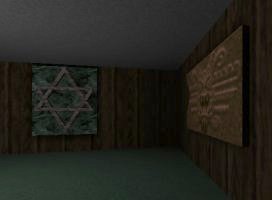 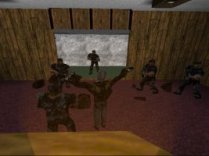 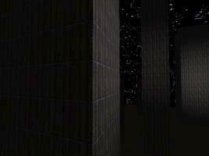 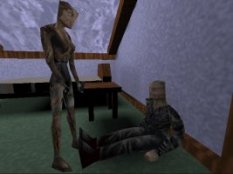 Eschaton: Darkening Twilight is an animation made using the Quake game engine, the first part of four planned. It’s one of the better examples of Quake Movies, but now after more than a year and after the release of the second episode, Nightfall, it’s looking a bit tired. The action sequences are sparsely distributed around lengthy monologues, the character models look really bad compared to the new ones and the camerawork tends to make the production crew cringe when they see it again.

My full name is Neal David Corbett and I was born on the 13th February 1979 in Newcastle Upon Tyne. I am presently a student at Edinburgh University studying Artificial Intelligence. I’m also interested in design and graphics, which is why NealWeb looks so pretty. I’ve put some examples of my work on this site.

If you ever see anyone wandering around on the internet being knowledgable and interesting (or alternatively confused and bewildered) called Guplik, it’s a fair bet that it’s me. The word Guplik is a completely made-up reference to nothing at all (technically it means “avian”, it was made up by my friend Martin Vaughan as a stop-gap word until anyone could remember the real word) which is why I use it: nobody else will be. Great if you want an email name that isn’t something like neal453. So that’s me, guplik@pmail.net.