After beating down Makron and blowing Stroggos up, you and your fellow marines (yeah, the crazy ones) are getting all comfy womfy in your harmless battle-practice areas. The Strogg know pain is gain and they had a little asteroid all hollowed out just for that purpose.

I found this asteroid after exploring the rubble of Stroggos to see if I could salvage some of the large amounts of silicone floating around in space from all the dead Strogg females. It was in the Damlox-3 area I found the asteroid. It had a light in one of the craters on the surface so it was easy to spot. Upon landing I was greeted by a large Tank. Woah-nelly! I think this one didnt get it’s ration of brain from the Processing plant. Turns out he’s there as a guard for when the Strogg come by to practice. The little badge on his chest read “Hi, my name is Eugene”.

I didn’t have the heart to tell him what happened to Stroggos. Poor piece of lead. He told me that the Pimp-Tank himself came here weekly for acid-baths. Not anymore, Eugene, I thought to myself grinning.

I asked Eugene if he minded if a few marine pals of mine dropped by for a quick frag-fest. He said that would be okay as long as we cleaned up afterwards. Eugene opened up a freezer full of dead marines and proceeded to pull out a few weapons and some ammo. “Uh…here..you can use dese gunz”. I looked at him trying to hold my laughter back…but then realized this was “Eugene, the dumb-as-a-post Tank” and proceed to bwahahahaha as loud as a Gandarian Mukwack.

I set up all the gear inside the lower areas of the asteroid and then proceeded to get back into my ship. I glanced back at Eugene who was staring out into space from behind his dirty glass-covered watchtower.

“Later Eugene!” I smirked as the jets on my F98 fired up. I glanced back at the asteroid in my rear view vid-window. A Strogg Funhouse. What will they think of next?

– A note from the author:

This level isn’t an architectural wonder. It’s not meant to have you “ooh-ing and ahh-ing”. It’s about having fun. Took a chunk of my weekend to make it.
If you don’t have a lot of fun playing in it… I’ll have to send Eugene over. ;) 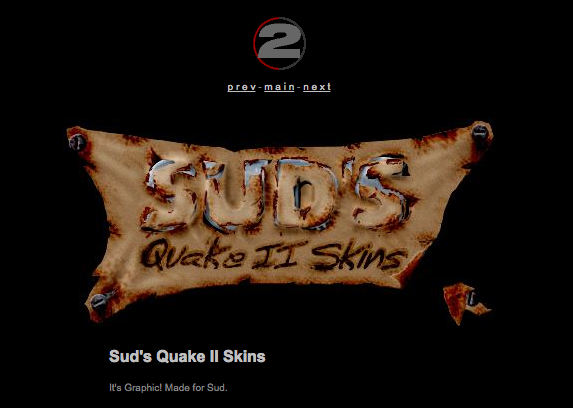