The team at LAMERKATZ has put together their own demo: LamerKatz Chronicles. This demo has to be the funniest demo that I’ve ever seen. It’s not often that you watch a demo of people getting fragged left and right, and the people getting fragged are the demo makers. And it’s set to some pretty cool tunes, done up like a couple of rock videos. I’m not sure what’s funniest, the bit to Kung Fu Fighting, the part where a guy gets chased around a level by a crotch grabbing shadow to the tune of Me So Horny, the whole deal done to Why Can’t We Be Friends, or the two dorks at the end. This a must see.

LamerKatz Chronicles was my idea for a “Quake2 music video”. Basically I wanted to take the hilarities of Quake2 deathmatch and set it with just the right tunes to make an experience like none other. It was originally released as a Quake2 demo on September 10, 1999, and the results proved to be amazing.

Over a year has passed since then, and many new people have started reading LamerKatz that never even played Quake2. Chronicles is like a flagship product for LamerKatz, and I hated to see so many people missing out on such a funny demo. In that spirit, I decided it was about time I converted it to a movie anyone could watch.

If you have Quake2, I highly recommend you go ahead and just download the straight demo. You’ll get the best quality AND the lowest file size.

The Lame Side Quake Comic 1999 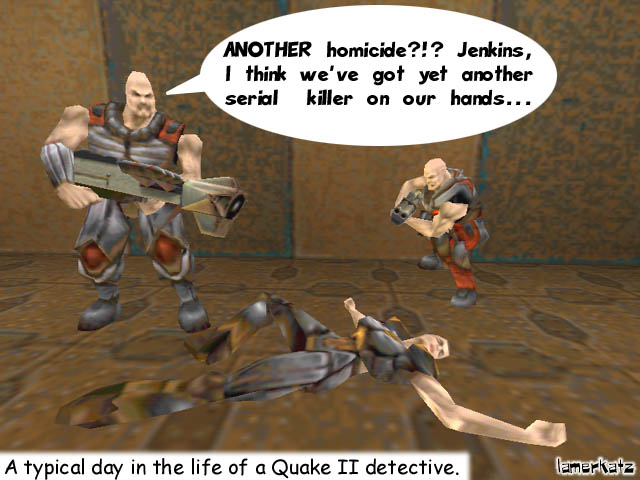 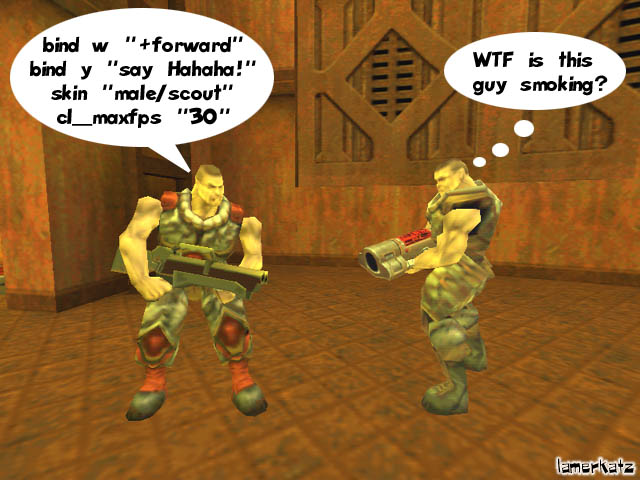 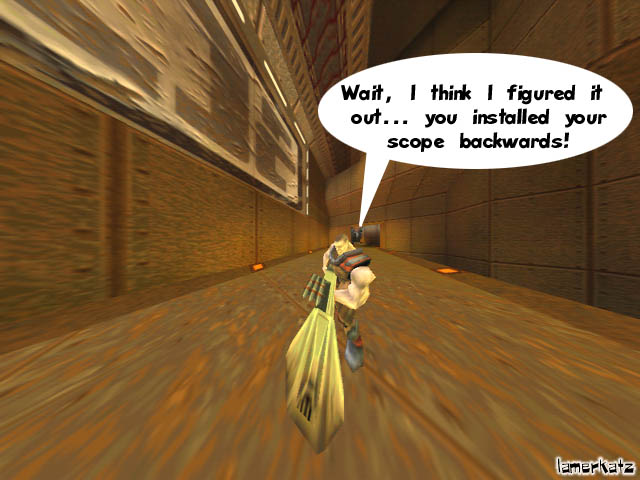 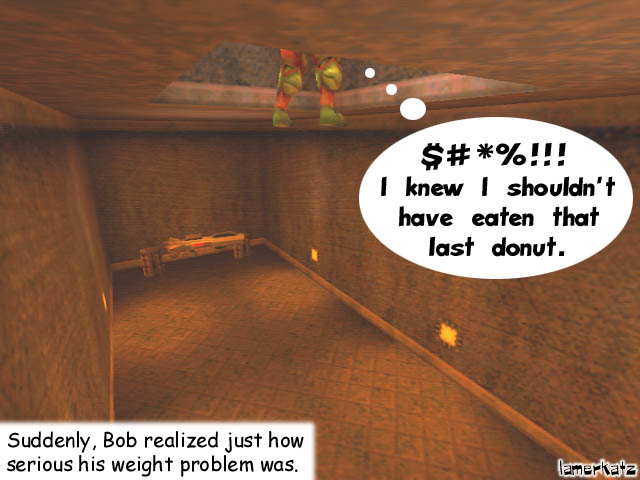