We took a bazillion photos, and you can see them all here.  Qcon2K was some of the most fun EVER!  We had the pleasure of meeting some of our closest gamer friends that came from far away places such as Michigan and California.
-Mega

Commentary by {KYA}Hathor and {KYA}Mega (you figure out which parts were written by whom).  :)

Day 1, Thursday started with a looong line of geeks with computers waiting to get into the LAN area.  A few of our group was lucky enough to get checked in early on Wednesday night.  When we first walked in, we immediately met up with -=DA=-Viper and [T2K]T, and felt right at home.  Michael{AoA}, Trinity{AoA}, and Gabriel{AoA} soon met up with us while still waiting in line. 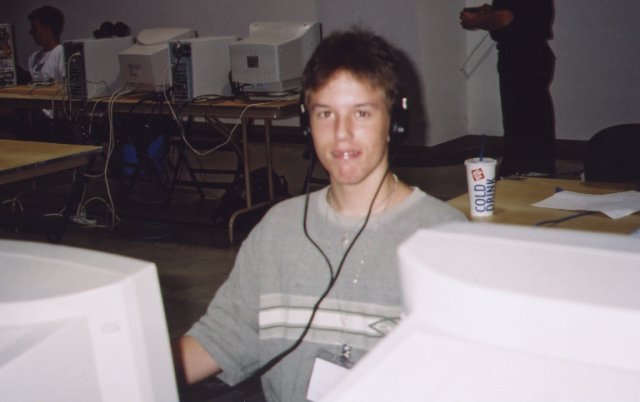 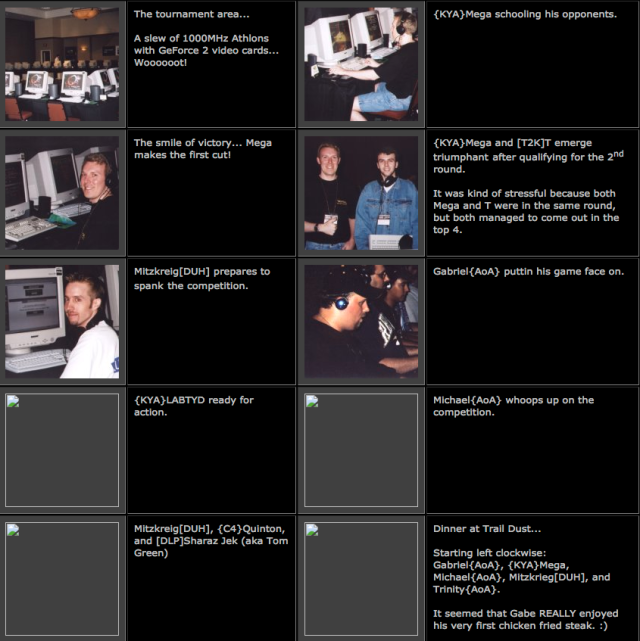 The way the first part of the tourney works is you play in 8-player free-for-all games, and the top 4 scores stay, and the bottom 4 are eliminated.

Out of our group, the following made it to the next round: Mega, Curse, Michael, T, Viper, and Mitz.

After all that fraggin, it was time for some food.  Mega and Michael were dying for Gabe to try some Texas-Style chicken fried steak, so we took em to Trail Dust (about as Texan of a restaurant as you can get).  Well, it turned out to be a little too Texan for ANY of our tastes.  The live country music was too loud, and also we had some unfortunate luck on the food (they ran out of gravy, corn, and brought our side dishes out waaaay too late).  We did get quite a few laughs out of the hicks they had two-steppin, sliding down their big wooden slide, and even doing the chicken dance… (puke)… LOL 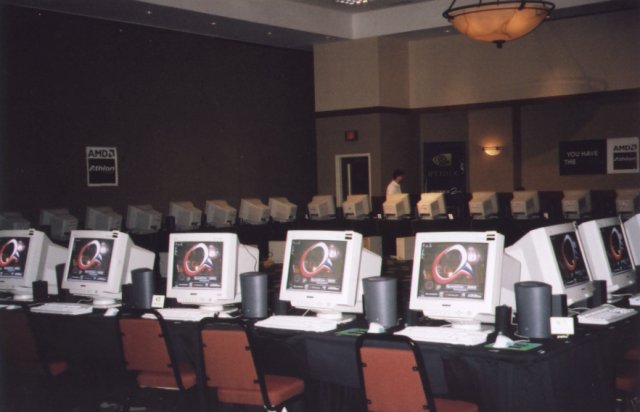 After some noon-time fragging, we rounded up a few people to eat at Whataburger (another first for our friends from Michigan and California).

Hathor attended a “Women’s gamer conference” Friday, and as a result received an invitation to the private toga party that some of the press and VIPs had.  It’s kinda neat, but just being a female gamer kind of automatically makes you a VIP… ;-)

Well, also going on Friday was the 2nd round of the tournament.  With half of the competition eliminated, this led to some SERIOUS gaming.  Of our group that made the first cut, only [T2k]T and Mitzkrieg[DUH] made the next cut (down to 128 players).  All of the top 128 players won a really nice Everglide Giganta mouse pad with the Quakecon 2000 logo on it…  Too bad the logo was the ugly one from the banner, and not the cool one seen above, and on the desktop wallpaper.

Saturday, we rounded up a posse and went to IHOP.  As usual there was some horsing around that eventually led to Hathor spraying a bit of tea out of her nose… haha.  Viper got a pretty good pic of that event!

John Carmack gave a talk about his newest gaming technology, and of course the 24hour LAN party continues… 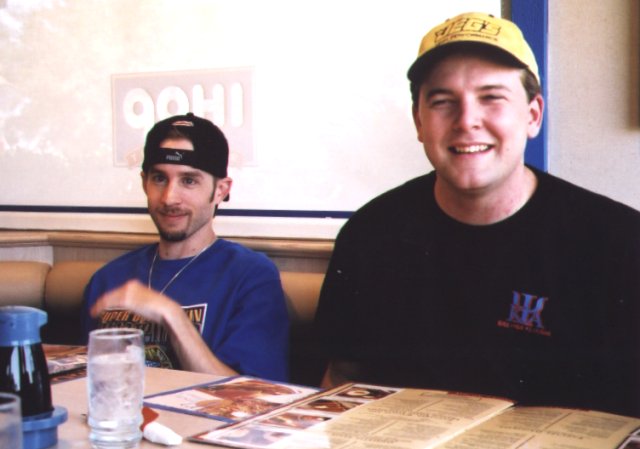 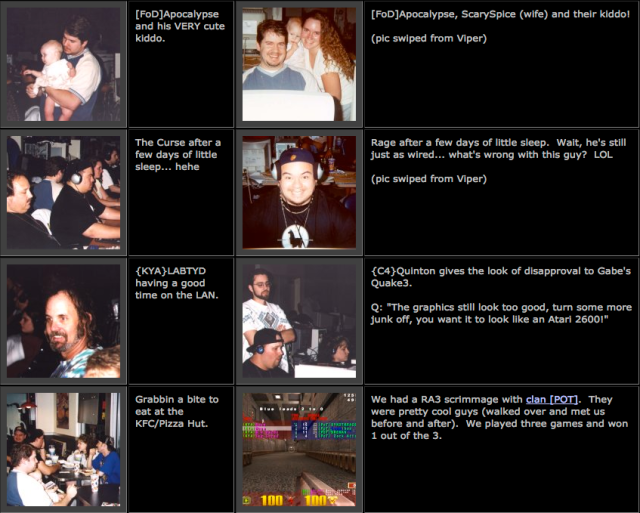 The LAN action never stops.  I can’t speak for everyone, but I personally made it the entire weekend never getting more than 3-4 hours of sleep per 24-hour period.  I know Apocalypse was still fragging when I went to bed at 5am Friday night, and when I got back to the LAN area around 10am the next day, he was STILL there!! 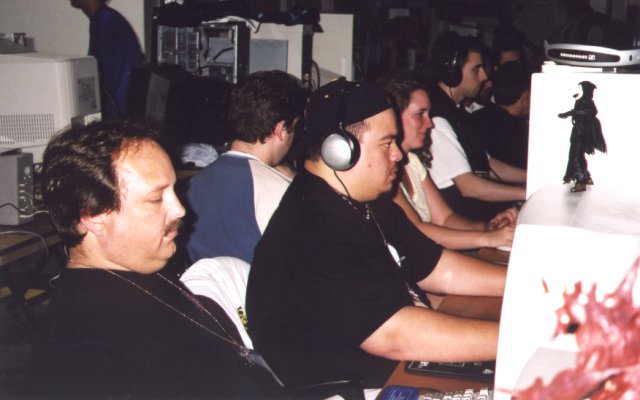 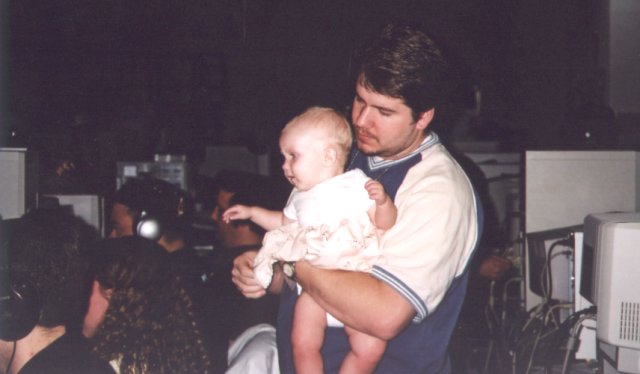 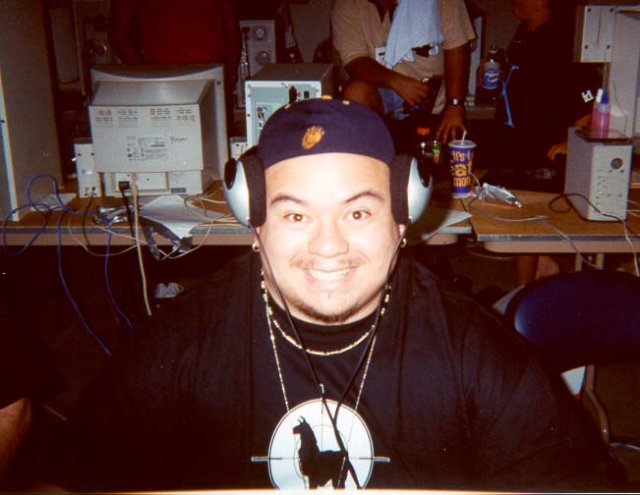 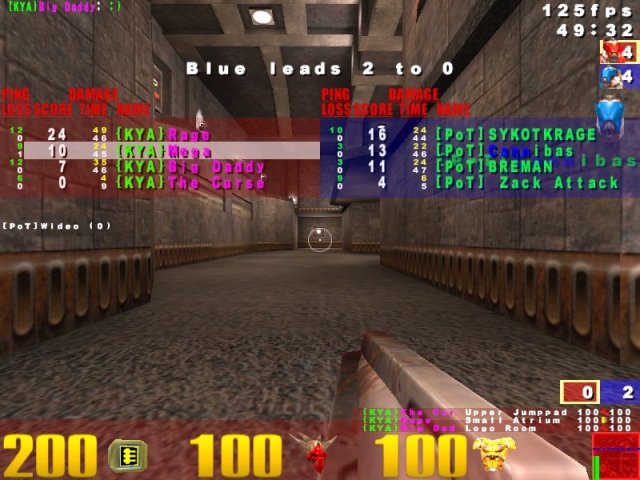 Sunday, AMD sponsored some unannounced contests on the LAN.  They started up a 55-player max server which is just insane (about 5 time too many players) and said for the next person to get 1st place,

we’re giving away a 900MHz processor.  And as if that wasn’t enough, about 10 minutes later, they did it again and gave away a 1000MHz.

After all that LAN action, we decided to make our last meal at Bennigans.  We met up with a bunch of guys from the DFW LAN PARTY group.  They were are really cool bunch too.  They sat right behind us at Qcon, but unfortunately we didn’t really get to know them until it was practically over.  Needless to say, Hathor and I will be interested in attending some of their monthly LAN parties.

T showed me a dish that he really likes at Bennigans called the Monte Cristo.  I figured “what the heck” and boy was that sucker good.  However, I also found out that this thing packs 4000 calories all by itself… Great, now another heart-attack on a plate that Mega loves to eat! 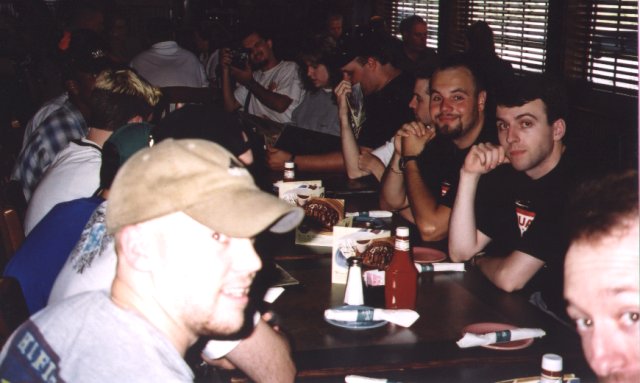 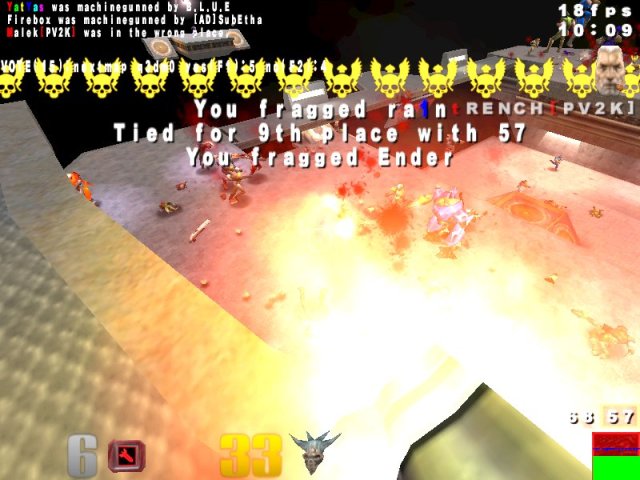 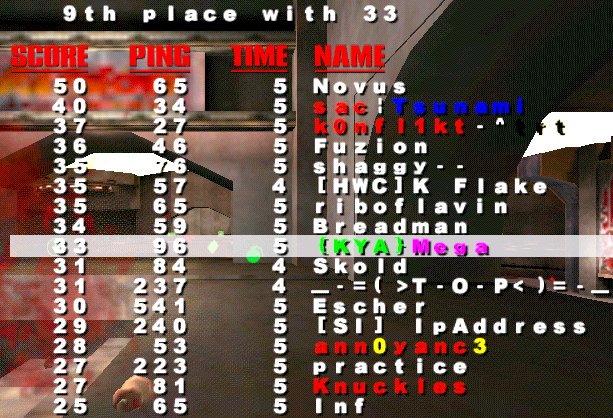 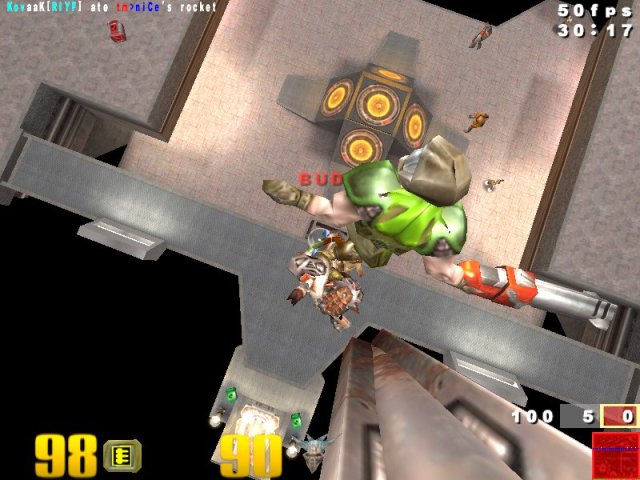