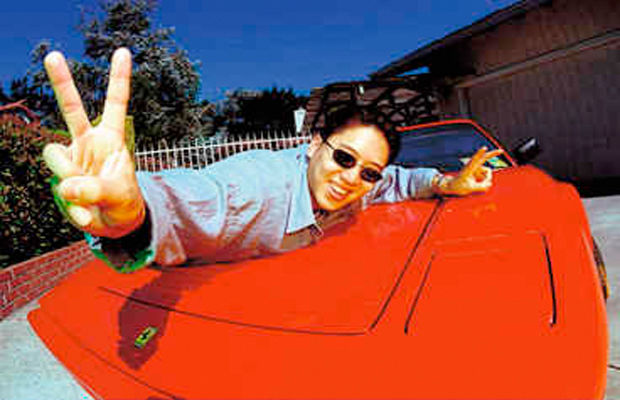 The name is Thresh and just the mere mention of his name makes some folks in the Quake universe quiver with fear. Why? Because the man behind the name is one of the top online gamers around. His real name is Dennis Fong and his game accolades include winning Microsoft’s Deathmatch 95 game challenge, the 1997 Red Annihilation Tournament where he won the keys to John Carmack’s red Ferrari and in 1998, he was crowned the Quake champion at AMD PGL. Not bad at all! Besides playing competitively, he has created two online game review web sites. This is definitely one player that has taken gaming to a whole new level of competitive fun!

Zone: Thresh, many people in the online gaming community and the Quake community know about you and your talents, but for those who don’t know who you are, could you please share with us a little something about yourself?
Thresh: I was born in Hong Kong on March 11, 1977. My family and I moved here to the United States when I was in the 6th grade. In Beijing and Hong Kong, I attended international schools where English was everyone’s first language. So moving to the U.S. wasn’t a big deal.

Zone: What are you currently working on right now?
Thresh: I’ve created two online companies, Gamers Extreme and Thresh’s FiringSquad. It’s a great place to get the best information for game strategies, techniques and hardware reviews and recommendations.

Zone: Have you always been interested in playing games? What were some of your favorite games growing up (card, board, sports, etc.)?
Thresh: I really didn’t get into games until 1993. Growing up, I played lots of sports. I was very active in my school’s tennis teams and I founded our school’s first hockey team. The first game I started playing was Street Fighter.

Zone: How were you introduced to Quake? And what were some of your first impressions?
Thresh: It was my younger brother who first introduced me to computer games. My younger brother’s room was right next to mine. So one day, I heard gunfire and huge explosions coming out of his room. I was really curious to see what he was up to, so I walked in and asked him what he was playing. It turns out he was playing Doom. The game looked neat, so I sat down and started playing. And since then, I’ve been hooked. 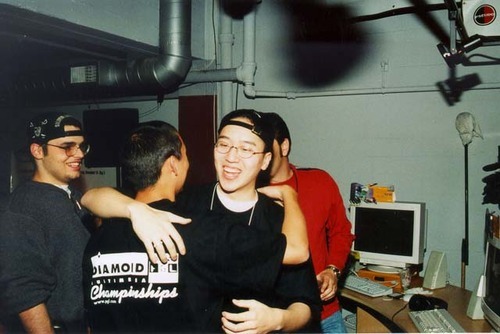 Zone: Tell us how winning the Quake Championship changed your life. What did your family think about you playing games and taking it to the next level as you have?
Thresh: A lot of people keep calling me the Quake Champion; in actuality, I play other games too, and have done fairly well in them. Microsoft’s Deathmatach 95 was Doom/Heretic/and Doom2, the Red Annihilation Tournament, the AMD PGL, and many other tournaments. I guess an interesting part of this whole thing was that playing Quake never took up that much of my time. It never took up time spent with my friends, some who didn’t even know I was playing online, or time away from school and sports. It was just something I did in my spare time, where instead of watching TV, I’d just hop on the computer and play a few games.

Zone: How is John Carmack’s ’87 Ferrari doing? How many miles have you put on it since you’ve gotten it and how fast have you taken it? Have you let any of your friends and family drive your Ferrari?
Thresh: The Ferrari is doing good. I haven’t put that many miles on it, because there’s really no place to drive it in Berkeley and I live just five minutes away from work. So I just keep the Ferrari tucked away at my parents’ home.

Zone: Can you quickly share with us some of your favorite Quake II strategies? What are some of the common Quake II mistakes you notice players making? How can they improve their Quake II techniques?
Thresh: I actually wrote a Quake II strategy guide. But some quick tips to always keep in mind is:

Zone: What advice would you give a Zoner who wants to do what you do?
Thresh: Follow your own passion. Just because you like to play games, doesn’t always mean you can have a career in games. You need to make sure you learn the skills needed to be successful in the gaming industry. There are so many jobs out there in games, such as programmer, tester, developer, graphic designer, etc. I think the best way to start getting those skills is becoming a Beta tester for games.

Zone: In your opinion, what do you think is the coolest feature of the Zone and why?
Thresh: The Zone has such a wide reach of players. There are so many different types of gamers and games on the Zone. When a player comes on the Zone, they can select to play parlor games, a wide variety of retail games, strategy, and role-playing games.

The Zone thanks Thresh for participating in our interview! 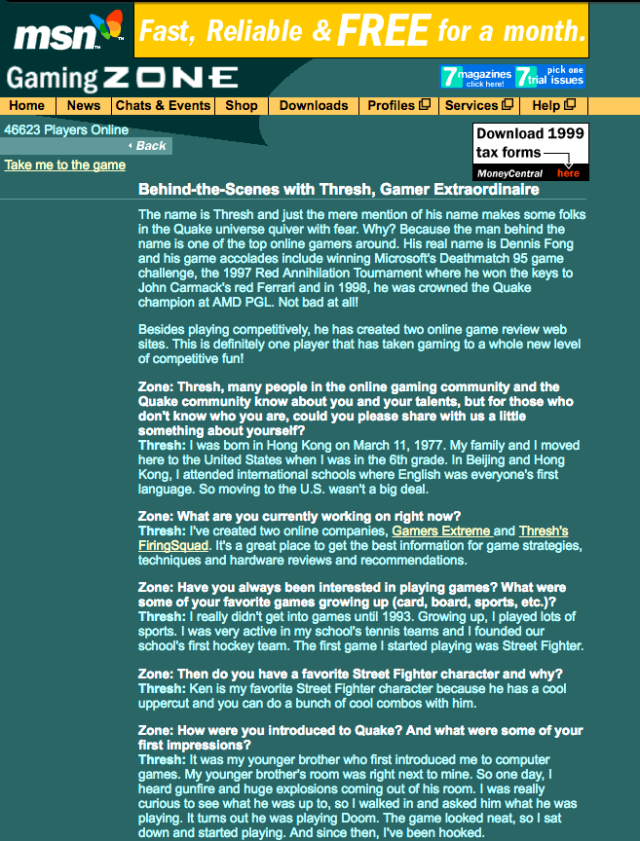 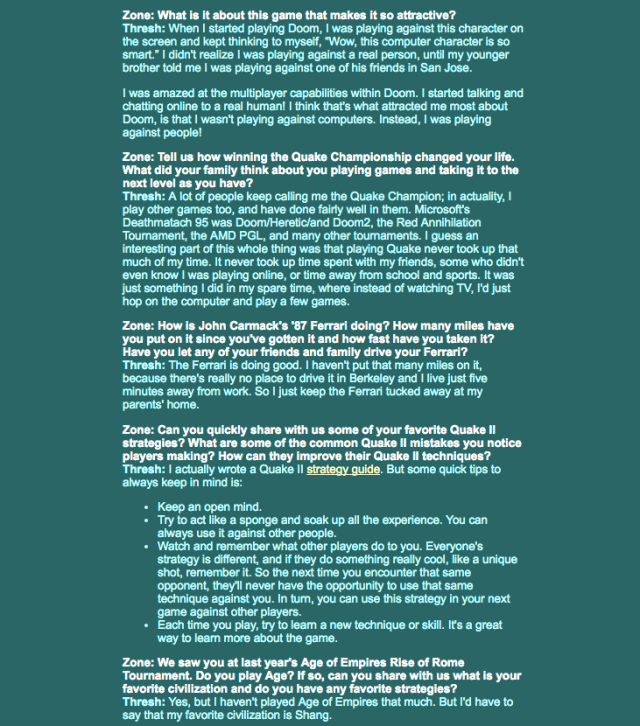 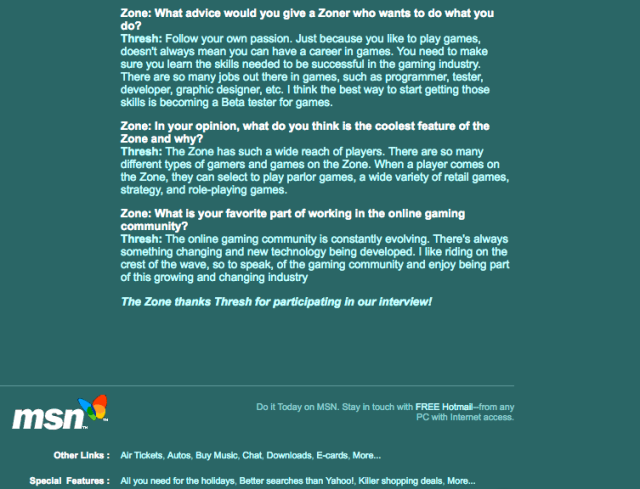