Gamers’ Relationships: How do you manage two big time sinks? by CalBear 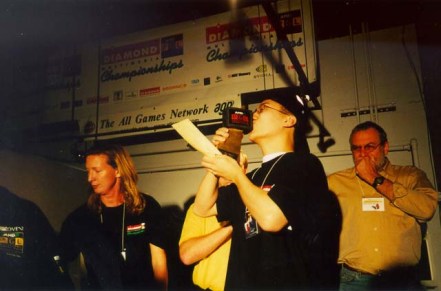 One interesting topic that has come up among my friends and I is the issue of computer gaming and intimate relationships. Can the two co exist if both partners are not interested in gaming? Certainly the answer is yes; to think otherwise assumes one or both of the following assertions.

1) People who play games are losers that don’t have the ability to attract and retain a girlfriend or boyfriend.

2) Any gamer that actually does have a sweetheart was lucky enough to find a person who also plays games. Any rational person knows these are false assertions. So exactly what are the mechanics behind relationships where computer gaming is a factor in one or both of the partners’ lives? I think that to understand this idea one must first examine the behavior of the significant other of a computer gaming fan.

• The gaming partner: In this relationship, both partners’ fervor for computer games is about equal, and they probably like the same type of games as well.

Cross and Pookie are a great example of this phenomenon. Cross is the technical mastermind behind this site, a former member of Death Row, and an RTS fanatic. Pooks is a championship Quake player herself and also loves RTS. They’re everyday living proof to me that the impossible dream CAN be a reality.

Here’s a tip boys: if you can find a beautiful woman who can play a mean game of Quake, and give you a run for your money in Warcraft 2, you’re a lucky man. Now if that same woman will sit down to watch Sportscenter with you after a hard fought deathmatch, and criticize the play calling wisdom of a draw on 3rd and 17…it’s time to go ring shopping.

The picky gaming partner: This type of person enjoys playing certain games but maybe not ALL the game types you like. Or maybe he/she just isn’t as rabid a computer game fan as you are and isn’t willing to devote as much time as you are to the hobby.

He/she may think first person shooters are a bore but enjoys RTS games. In the end, it’s still an ideal situation because both people can play games together and have fun. Just don’t expect a picky gaming partner to jump right into a 4v4 team Quake match right after you guys finish up a game of AOE. 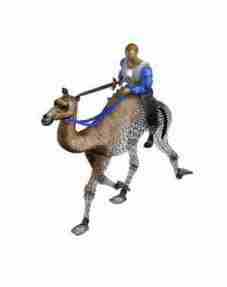 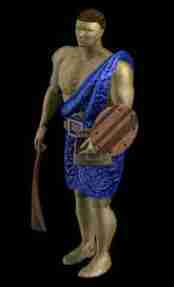 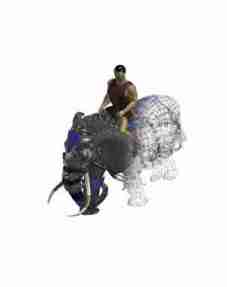 My friends John and Alice are like this. John enjoys everything from Quake to Starcraft to console sports games. Alice won’t touch anything but puzzle games and Blizzard RTS games. When we fire up a game of Warcraft 2 or Starcraft she joins in with the rest of the guys, but once we switch to Quake she’s off on her own playing Bustamove or Free Cell.

The Understanding Partner: In this situation, one of the partners does not play games at all. BUT, he/she recognizes that gaming is an important part of the other person’s life and can appreciate it as such. To me it’s pure selfishness to think that computer gaming is some kind of evil cancerous tumor that must be torn out of someone’s life to make them whole.

But we’ll get more into that later =) This type of relationship does have to work both ways. You probably won’t be able to get in as much rocket arena practice or bunker command games as you would if you had a ‘Gaming partner,’ or if you had no relationship at all.

That’s a choice you as a gamer have to make. Is this relationship worth spending a couple less hours a week playing games online? If this person is special then I hope the answer is yes. But you can rest assured that an understanding partner is not going to force you to choose between the relationship and your computer gaming hobby. I’m happy to report that my relationship lies in this happy medium. While I sometimes wish I could fire up the computer and enjoy some 2on2 Starcraft with my girlfriend, I do respect the fact that she’s not interested, while at the same time she respects that computer gaming is a big part of my life and possibly my future career.

The unreasonable, high maintenance partner: Most of you probably know what I’m talking about. Maybe you’ve heard the phrase “well it’s me or the computer you pick now!” or something along those lines. This is the saddest of situations. I do concede to the anti-computer gamers out there that obsessive people who play games 12 hours a day are likely not contributing enough to sustain a relationship. However, in my experience it’s entirely possible that it is the person who doesn’t play games who is being illogical or unreasonable.

I know of women who force their boyfriends to promise them they’ll not play games any more for x amount of time (**COUGHjaniceCOUGH**). These poor men are forced to hide Starcraft and Quake in directories renamed “MS Word” or “Photoshop 5” in order to hide the alleged “crime.” Then there are those who seem to time their phone calls such that they always interrupt or pre-empt planned gaming times (**AHEMsandiAHEM**) (**HACKminalHACK**). To me this isn’t some kind of dumb coincidence. If it’s not a premeditated attempt to sabotage their game time, then it’s probably a subconscious effort to divert their partner’s attention away from a hobby that strengthens the bonds of friendship with others.

Either way it’s selfish ploy and a silly and futile attempt on the part of such people to monopolize more time from their partner.

Now there’s no rule that says people can’t change. In fact a lot of times people do change, and move from being an Understanding partner to a picky gaming partner. Other times, people move from being an unreasonable partner to being an understanding one. I’ve never heard of an instance of someone going backward. That says a lot. In my mind that means that once someone opens their mind to what computer gaming is (a way to socialize, blow off steam, meet people, etc.), their misguided impressions of gaming as some kind of evil evaporates for good. 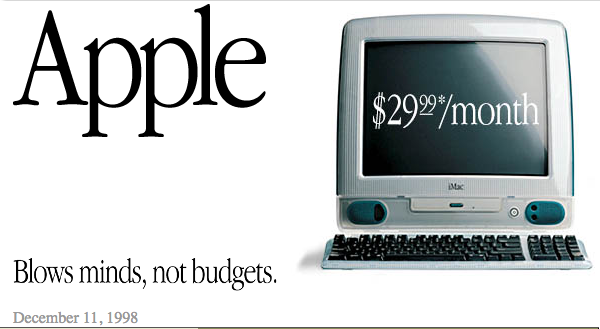 PS: I Have been getting your mail. I haven’t been posting it because…you guessed it. I’m slacking. I assure you I’m reading them and I really enjoy the responses I get. I’ll get those mails up this weekend so have no fear. In the meantime, keep mailing me your responses. 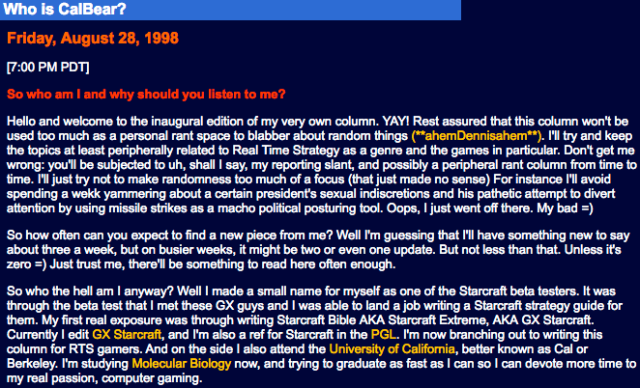 So who am I and why should you listen to me?

Hello and welcome to the inaugural edition of my very own column. YAY! Rest assured that this column won’t be used too much as a personal rant space to blabber about random things (**ahemDennisahem**). I’ll try and keep the topics at least peripherally related to Real Time Strategy as a genre and the games in particular. Don’t get me wrong: you’ll be subjected to uh, shall I say, my reporting slant, and possibly a peripheral rant column from time to time. I’ll just try not to make randomness too much of a focus (that just made no sense) For instance I’ll avoid spending a wekk yammering about a certain president’s sexual indiscretions and his pathetic attempt to divert attention by using missile strikes as a macho political posturing tool. Oops, I just went off there. My bad =)

So how often can you expect to find a new piece from me? Well I’m guessing that I’ll have something new to say about three a week, but on busier weeks, it might be two or even one update. But not less than that. Unless it’s zero =) Just trust me, there’ll be something to read here often enough.

So who the hell am I anyway? Well I made a small name for myself as one of the Starcraft beta testers. It was through the beta test that I met these GX guys and I was able to land a job writing a Starcraft strategy guide for them. My first real exposure was through writing Starcraft Bible AKA Starcraft Extreme, AKA GX Starcraft. Currently I edit GX Starcraft, and I’m also a ref for Starcraft in the PGL. I’m now branching out to writing this column for RTS gamers. And on the side I also attend the University of California, better known as Cal or Berkeley. I’m studying Molecular Biology now, and trying to graduate as fast as I can so I can devote more time to my real passion, computer gaming.

What’s with the writing style?

Some of you might be wondering why I tend to have phrases or words inside my columns link to off topic or useless stuff. The whole point of that is it is basically my tribute to a column I always enjoy reading, I, Cringely which is a regular column at the PBS website. Cringely used to do much the same thing, which I always found amusing and entertaining. For instance he once linked the word “inconsistent” with a picture of Karl Malone, which was hilarious at the time because Malone was busy choking in the NBA finals when the column was written. Now you might notice that Cringely doesn’t do that anymore =( He used to, and I’m not sure why he stopped doing it (possibly because it doubles the amount of time it takes to do a column), but I felt it would be cool to continue the practice in my own little column.