Quake 3: Arena. As one of the most eagerly anticipated games of this decade, the full version of Quake 3: Arena looks to provide a unique mix of Mortal Kombat and exhilarating FPS action. However, many people don’t realize that despite the number of public beta “tests” released, there’s a countless amount of revisions that go through internal testing. Many of these versions add interesting new gameplay features or remove items that unbalance or detract from gameplay.

After “persuading” Anna Kang of id Software (by locking her in a closet and threatening to send in Fargo), I was able to get a list of ideas and concepts that were tried out during id Software’s internal testing process, but never released to the public in a beta of Quake 3: Arena test. These ideas, while in many ways would revolutionize First-Person Shooters as we know it, were determined to just to not be that practical. Why? Well, I’ll let you figure that one out. 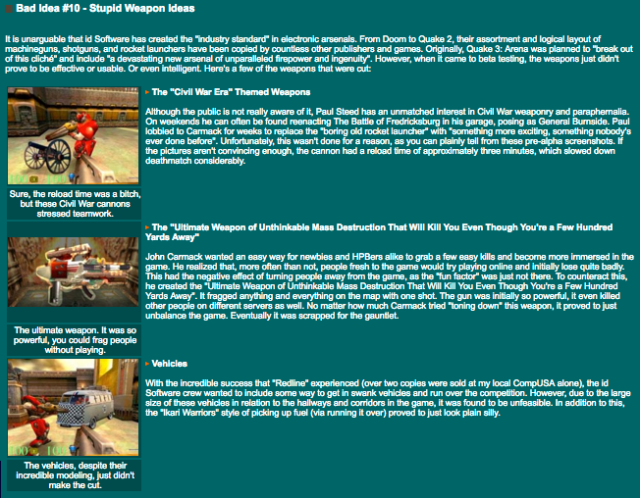 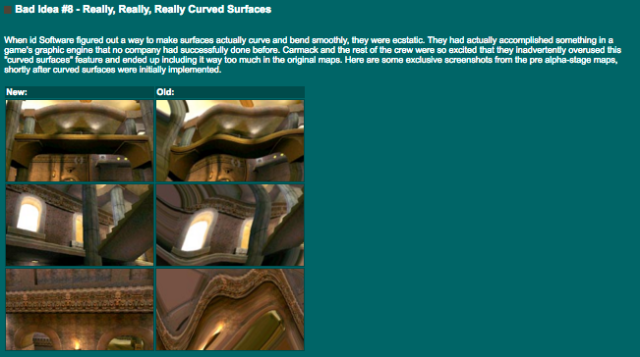 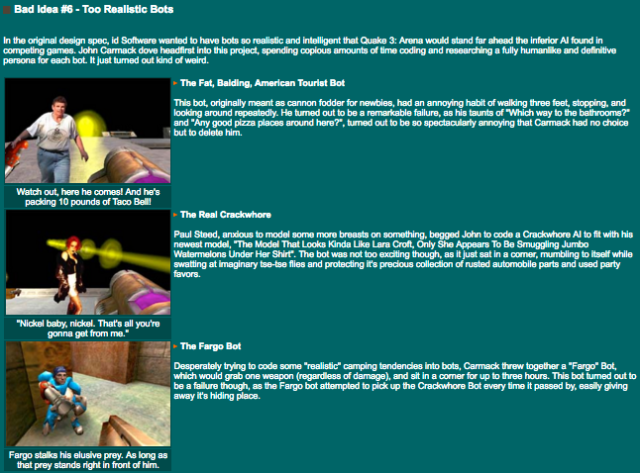