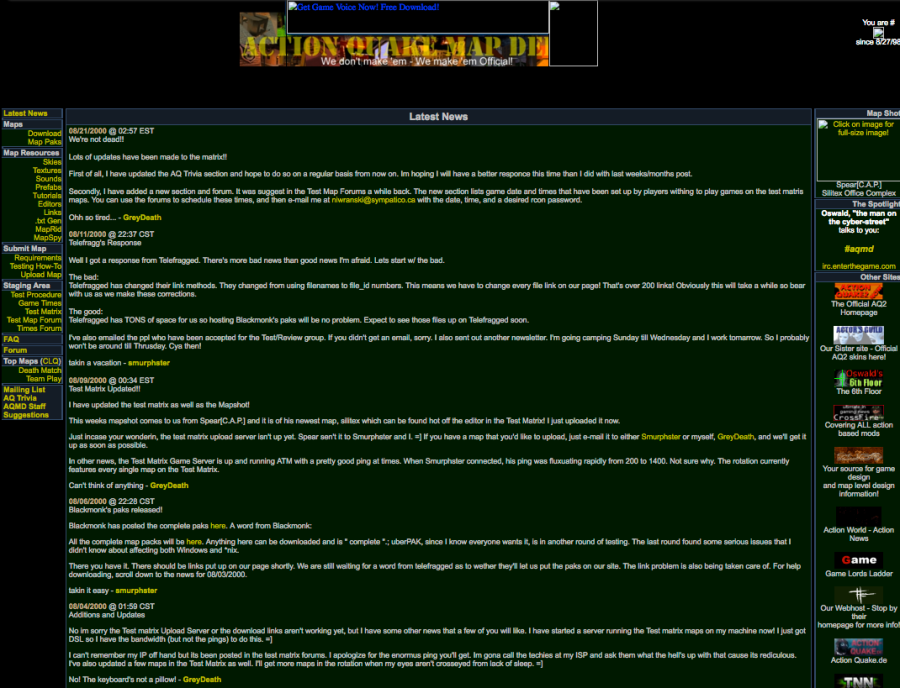 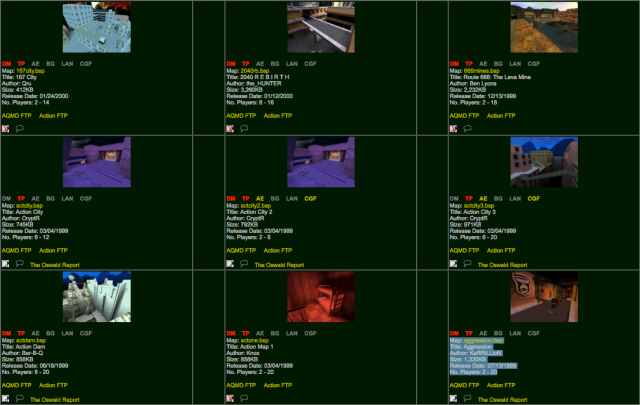 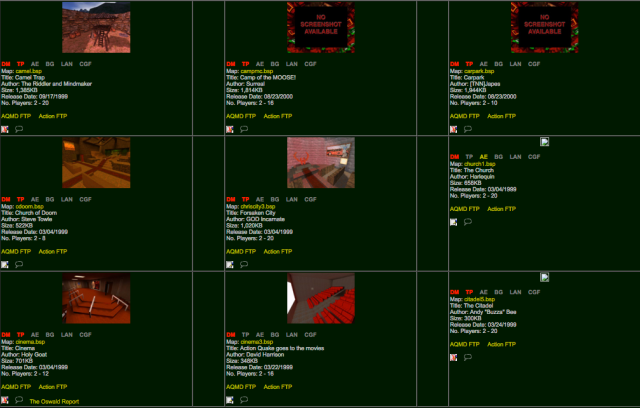 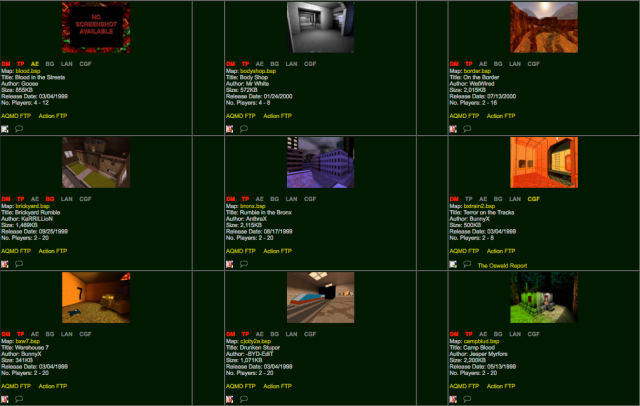 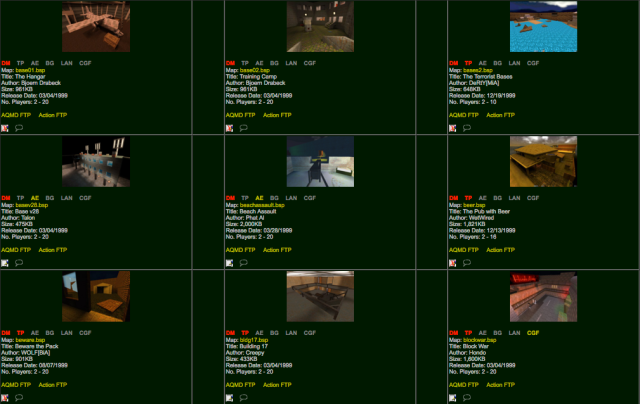 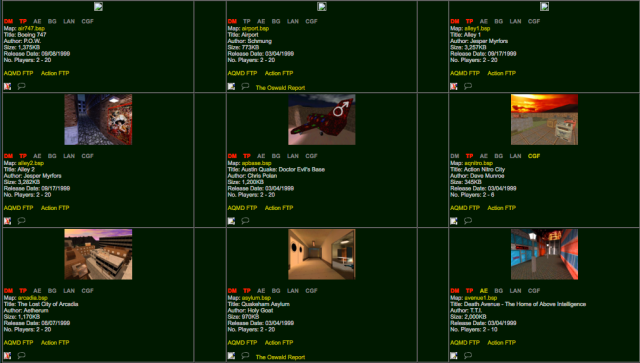 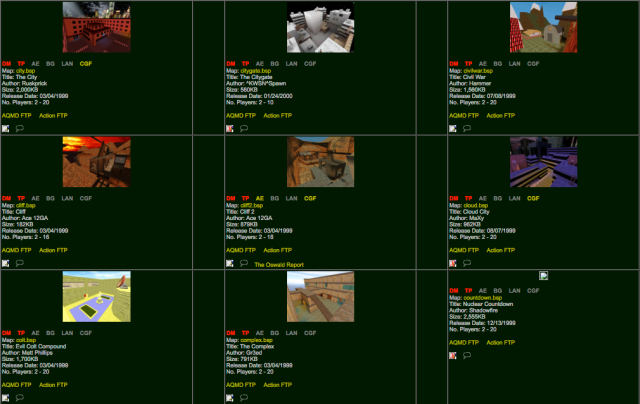 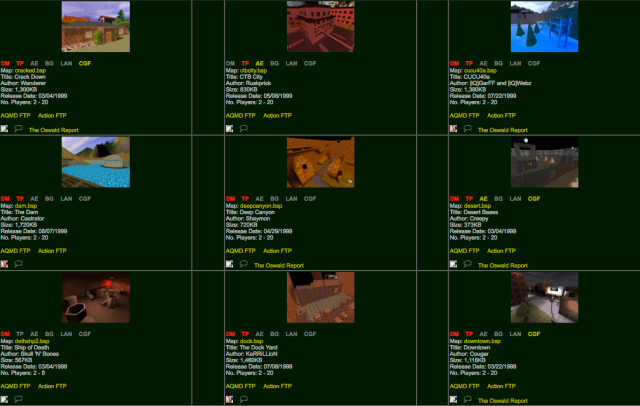 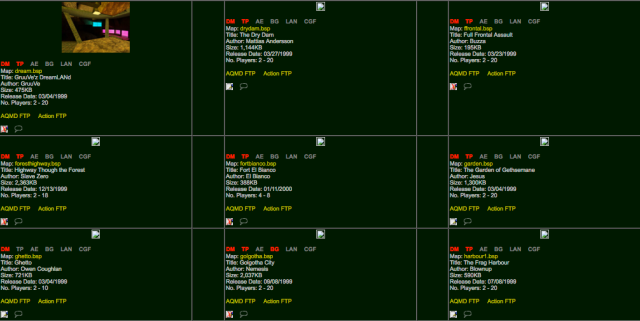 Greetings! The world of Action Quake 2, the mod that began the “realistic” mod frenzy! Think of all those mods out that are following in some way, shape or form in its footsteps. Quite astonishing. Have received many cards and letters this week. First one comes from deFUNKt, regarding a Q2 Variant Loader. Here is some of what deFUNKt says about it,

“I wrote Q2V because I never get to play some of the interesting variations on Action Quake developed since the A-Team released the source, there aren’t enough servers around to support even a few of these as permanent installations. The only way to configure them on a server is to exit the game, back up the original game module (gamex86.dll on a Windows system) and copy in the variant game library. Q2V allows the game engine to be changed (by the server-op or player voting) without closing Quake. It’s also handy on a LAN or for switching between the single player variants available.”

Not really sure if I am helping or hindering BlackMonk and his pursuit of the popuPAK and uberPAK. We are still working on a few of the discrepancies between the list he has and what I currently show as “official” AQ2 maps. Need I mention this database is still fuXored? And why doesn’t MS Access read it correctly. Oh well, I will figure a solution out.

As I am sure some of you know, I am wearing a few different hats, the head monkey here at the AQMD and also working for Silicon Ice Development as the PR guy/web development. Recently Hellchick at PlanetQuakefeatured a two part series on, what see calls the “successor to Action Quake 2,” that being Urban Terror. Check out her article, “Let the Terror Begin!” followed by the Interview with Silicon Ice. Give me your thoughts on it. Like it? Hate it? Send me some feedback!

Look throughout the weekend as I will be adding the new maps I have received to the Test Matrix. I might even release one or two this week. Maybe…oh, one last thing, if anyone has Scuzzy’s e-mail address, send it to me. I seemed to have deleted it. Thanks!