Here are my thoughts (Reefer) on the lesser-played Marics CTF maps.  Some of them I had played before on Railwarz, but for the most part I just played through them for the first time yesterday.  I am not commenting on the big established hits (Mayhem in the Middle, Ride the Dragon, Ride the Dragon Lite, The Pit, and A Variation on the Blues) because everybody knows those maps are awesome! These were my favorites:

marics_ctf1.bsp  – All That Devides – This is the map I am most interested in playing again.  I would describe it as Neurotica meets Lush meets Albino Black Sheep by Jester (pre-cursor to The Oscillator it’s that crazy space station map from the Tastyspleen Railz server / http://j-spot.backshooters.com/jabs.html).  In the notes on the map, Maric thanks someone named RUST- our rust? I don’t know.  The jump pads are great for quick escapes during intense combat. The two bridges connecting the bases reminds me of Neurotica: quad spawns on the lower bridge, red armor on the upper. Angry pointed out that there are CTF rules against using “in the wrong place” to protect the flag from capture, which may hurt this otherwise fun map’s place in server rotations.  My favorite part for whatever reason is the oval window in base where the megahealth respawns.

marics_ctf4.bsp – Facing Dragons – This is a fantastic small map that introduces one of marics favorite CTF tropes:  the spire-topped tall tower base with the stained glass dragon window.  These “dragon bases” appear again and again in ever larger maps throughout the Marics CTF maps, but for me this is the most pure “dragon base” map.  We played 2v2 and housefly sniped (he wasn’t missing!) successfully from the high floor of the dragon base while I ran flags.  In the text file for Marics maps, his given name is “Shon M. Shaffer.”  Maric’s old website which was reportedly a treasure trove of maps and info, “maricscabinet.com” is gone from the internet entirely (even from internet archives / WayBack Machine.)  When you google, “Shon M. Shaffer,” you get the author of recently published fantasy novels for young adults called the “DragonTree” series.  I wonder if Marics making maps with words these days! And we haven’t even talked about how this is Maric’s Quake 2 CTF map version of one of the most amazing Unreal Tournament CTF maps (and some would say, best multiplayer maps period) of all time.

marics_ctf5.bsp – Too Many Crates! – This is actually NOT one of my favorites, but it is well named.  “Way too big with too much BFG and too many crates,” just doesn’t have the same ring to it!

marics_ctf8.bsp – The Valley of the Shadow – This map is wicked fun on Railwarz (as is marics_ctf4.bsp) and that’s how I was first introduced to it.  That said, it plays really well for Q2CTF as well.  I like how you have to make a calculation with each flag run: to take the longer, winder outer route, or the narrow inner route with the horizontal window where you could get railed from the other side.  I like how the bases have a kind of layered bowl shape, with the 2 doors in are very narrow.  Fun to defend the flag!

marics_ctf11.bsp – Rooftop Capture – We played 4v4 on this and it was a lot of fun.  Small map, unique textures.  Not a lot of ramps or curved surfaces so you have to get kind of technical with movement.  The crate jump into base saves so much time, and is only built for those who know to set the right FPS.  Fun small map, and if it’s a little hardcore, that’s a good problem!

marics_ctf13.bsp – Antagonism ON the Heights – My second favorite “dragon base” map.  Take the same dragon bases as before, and stick a giant mountain between them!  I like that you have to choose to go around the mountain on the path, or you can try a Spiderman flag run grapple on the high walls of the mountains.  The inner route is where the good stuff is, but also where the spam is. 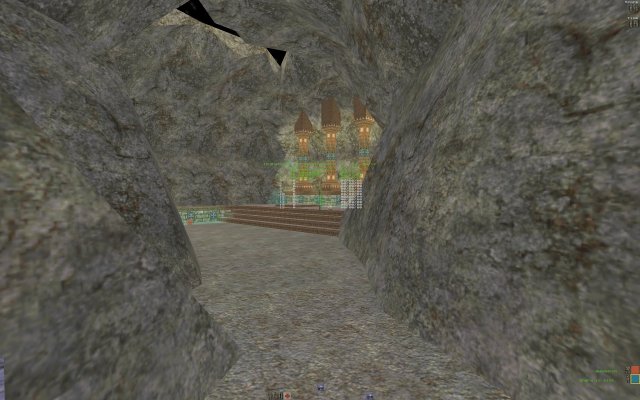 marics_ctf16.bsp – Underneath – This is the map where the bases are connected by a long winding cavern.  Good railwarz map, but i have to say, I had a blast playing regular Q2CTF on it!  I love maps that force you to bunny hop / move fast.  I like how linear it is in terms of weapon progression (railgun only in base, at the ends of the long worm hole, etc) and the quad really adds a je ne sais quoi.  I guess quad damage spices it up a little!  The quad is in the largest room of the map, with ledges that are perfect for railing / spamming.  This map is fun for 1v1 and probably even better with more.  It’s like Outlands, but underground and without all the bullshit. 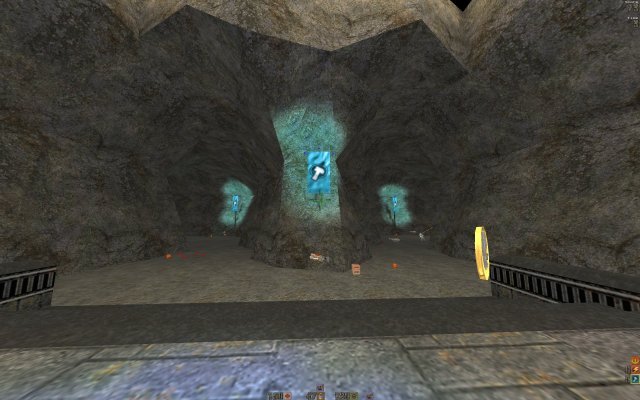 marics_ctf17.bsp – Stone Simple – This is a variation on Underneath.  Angry nailed it when he said the layout is similar to Mcshimley:  Basically the two bases are back to back, and connected through 2 separate winding caverns that give the overall map a clover shape.  That means you may chase FC down the wrong cavern tunnel.  It’s everything I liked about Underneath, but this one is weirder, no quad, and not good for 1v1. 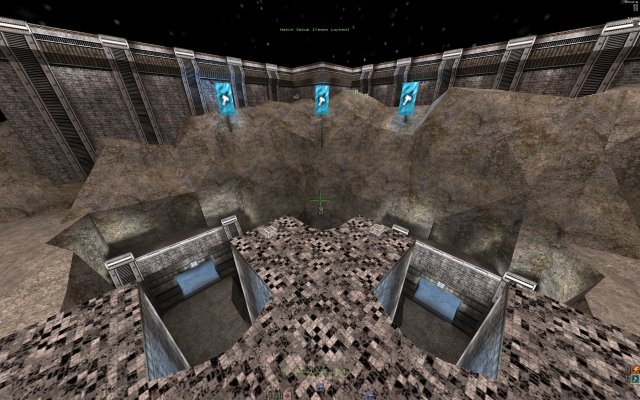 marics_ctf19.bsp – Higher Ground – This should be named, “SUPER PIT!”  It’s like the Pit (marics_ctf18.bsp) but without the Upper tunnel, and therefore the pit itself takes on more paths and more complexity.  It’s like a deeper, weirder pit.  This map reminded me of the layout from, “The Oscillator,” in a good way, at first you’re like, “Bummer man this is big and complex,” and then 5 seconds later you totally get it and it’s actually easy to navigate and plays small. 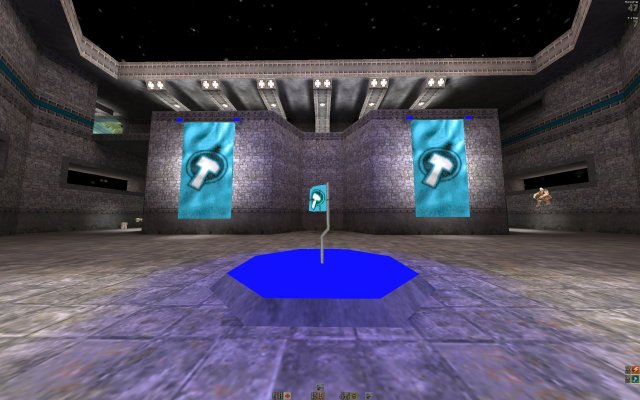 marics_ctf20.bsp – Defensive Anxieties – This map reminds me a lot of Renegades (stdctf1a.bsp) except that there are these HUGE ramps leading out of the base to the large rectangular middle room where quad spawns.  I found those ramps to really make the map, and I can totally see how they would give a defense anxiety.

edit: here is the current link to download all of Maric’s Quake 2 maps (big thanks to Clan WOS LOXophilia) http://maps.clanwos.org/maponserver/q2map_quake2_maric%27s.htm