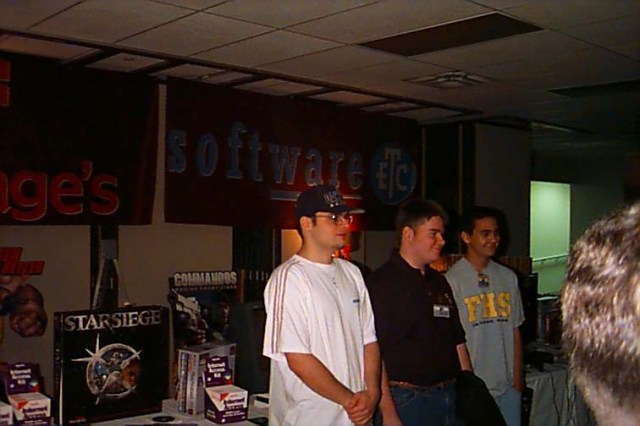 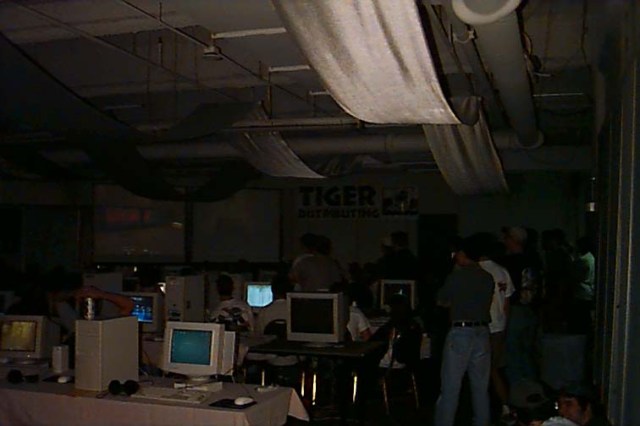 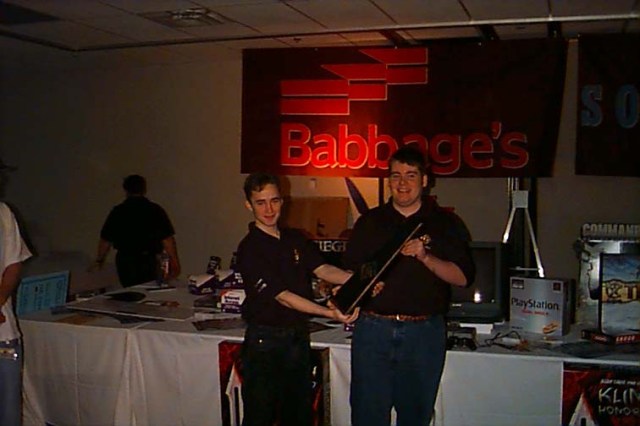 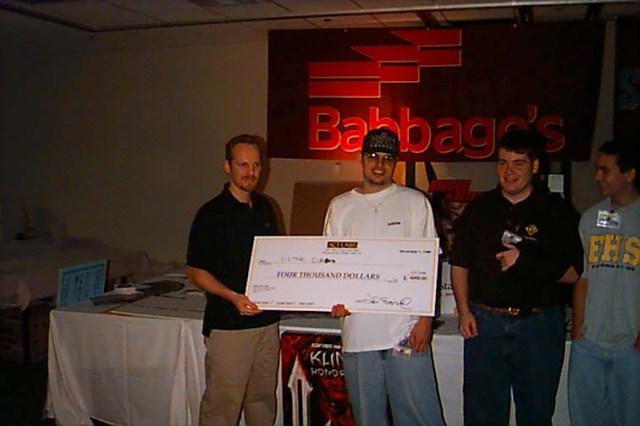 Pictures:  We’re taking alot of pics!!! Tahnks PFunk for the camera. They should be posted sometime late next week. –Docta

Sleep overrated: Well – I’ve got about 4 hours of sleep in the last 48 hours, so this will be a dain bramaged update.

Trip to TheFragII: Our trip down to Dallas was rather uneventfull – we were stoped by some local cops at about 3:00am on the way is about all I can relate. It ended up being about 13 hours from Denver to Dallas, if you take out the time we spent stopping for gas and getting finding TinyTim and House in Colorado Springs.

First Day: Once we got checked into the hotel, we called up Cleaner and Target over at Ion Storm, and asked for a tour. Target helped us out, because Cleaner was busy with a nasty deadline. Because of an IDIOTIC idea of mine, we walked from the Hyat to the cool ION Storm building – about 10 blocks. The office is really cool. I thought I had a cool toy collection – these guys are CRAZED about their toys. Heh. Docta and House both went a bit crazy with PFunks Digital camera – we got some awesome shots from their office. I’ll put them up later… After that – we went to the room, took a few showers – and crashed till 5:30 when I got all of us up for the meeting we were to have with PoliSh.

Networking: Well – I’ll start from the voulnteer meeting – that’s after the first bout of sleeping… heh. Not much to say about it. We schmoozed with some of the other players, and waited around for Angel and Jerry to show. Once they did – we kinda just talked about some stuff and went downstairs to the room that we were to be using. Moved some stuff in – and set up a few boxes – mostly to get the network running. Bedmanpro has been the DHCP server for the Free For All area the whole time – and WINS. Cool!

Second Day: We did a lot of setup, ran a lot of cables to hubs, and just had some general fun. The tournament was scheduled to start at 6pm, but it was a little late. Lillith, Enertia, Falling and _E_ all made it through their respective qualifying rounds to make the 1on1’s in the tournament, but House, TinyTim, Docta and I are still to have our large FFA qualifiers. Grayson didn’t make it – the machine he was using was a little flacky, and he forgot all of his configs and hardware in Austin. Doh!

Day Three: We have some stuff to do today. Theres a few more rounds of the FFA that all of us need to do well in. There’s the MotorHead tournament – which Docta wants to win REALLY badly. John Carmack is due to give a seminar on something or other. Perhaps I’ll get to make another update later to tell you all what has happened. That’s all I got for now – I’m off to breakfast, my FFA round, and then a nap. Heh. 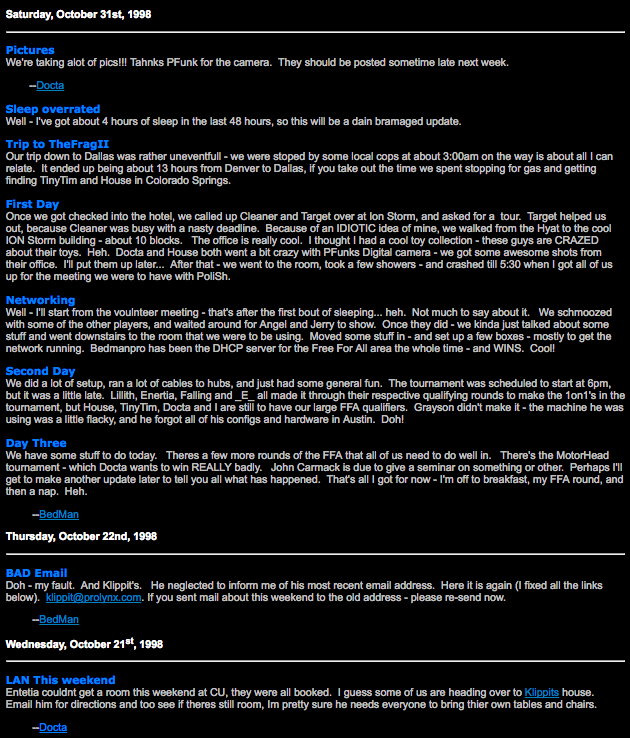 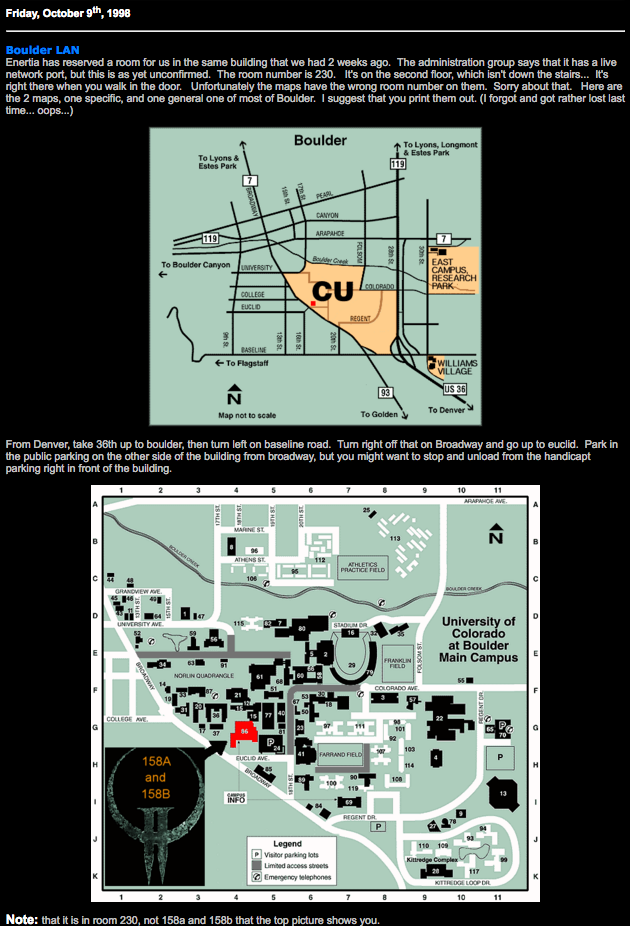 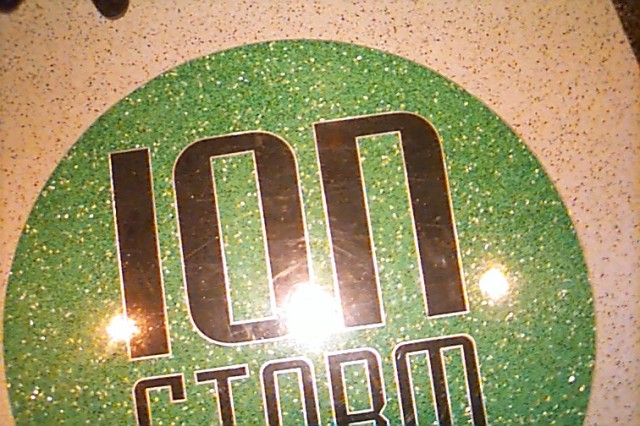 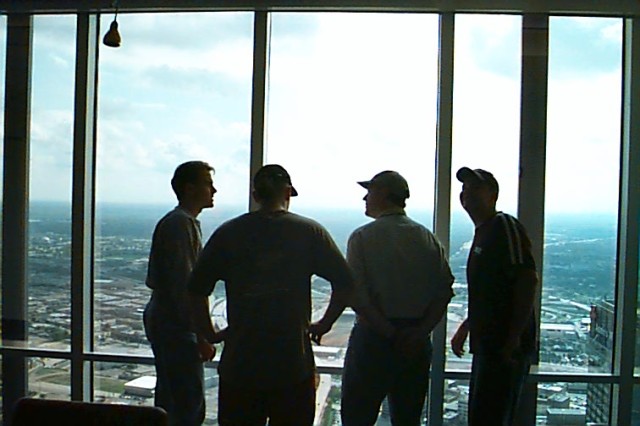 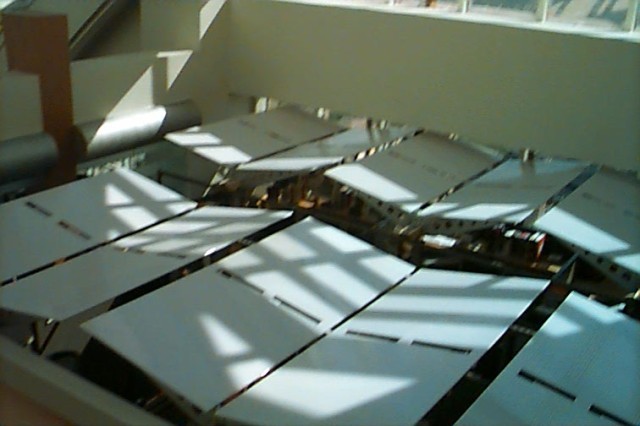 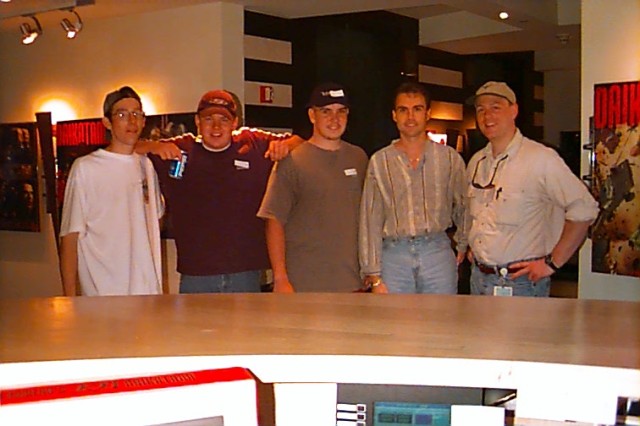 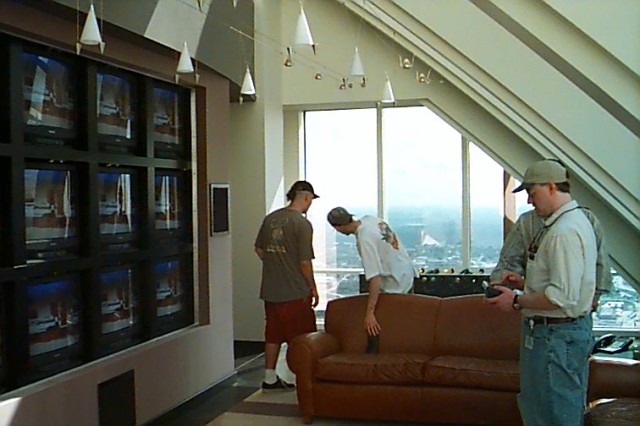 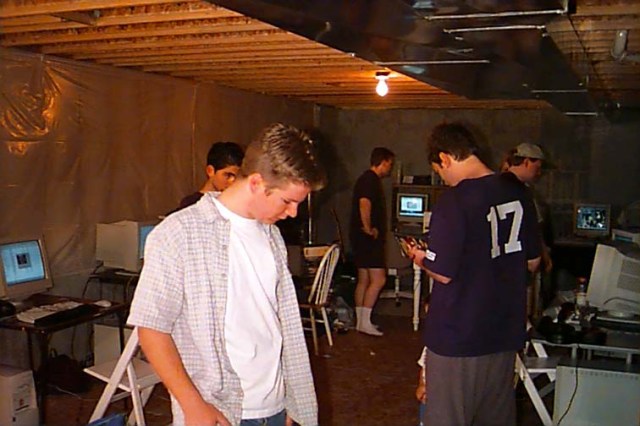 Well – the lan at Klippit’s house was a success.  Probably would have been better if we could have gotten more people, but I dropped the ball on that one.  John asked me to take the directions off the page, and nobody could (well – only the die-hards) find me, to get directions.  We had 11 people there – not including all the kids (there were about 5 of them… Mine, John & Carla’s 2 and TankGirl’s 2… Jeeze).  Let me see if I remember all the names of the folks who showed up:
Klippit
PrincessDieAllot
Crankshaft
BedMan
Mystikal
Docta
Zenith
kEg
Enertia
TankGirl

Kat was also there, but she didn’t play much.  I got there at about 11:45 or so, after getting there the night before at about 11:00 and playing with Klippit, Princess, and Crankshaft till about 3:30.  I was fortunately the first of the lanners to arive, because nobody here in the lan crowd had met John (Klippit) before (even though they had played the map he made – 2tiny2 – which is always a hit at a small lan party).  With me I brought Mystikal, and Zenith and kEg were close behind us with 2 more rented tables.  Docta was next with his machine full of cool stuff to “borrow” (*Cough*).  NFS3 was a hit – by the way.  I will buy it when it comes out.  Then Enertia showed, and we all played for a long time.   Lithium, CTF, Need For Speed 3, and Dune 2000 were all very popular games that were made use of.  TankGirl showed up for a while and tried to get the joystick to work on my P233 machine.  It never did, damnit.

Win95 is annoying sometimes.  Which brings me to my other problem of the evening.  I re-installed Win95 on my 333 box.  It was transfering files at less than 10baseT speeds.  Made me mad, so I moved windows to win.old, and re-installed from the cab files on my drive.  I’m still re-installing software!   Booo!  I just got FP98 installed to make this update.
A.C showed up quite late (like 11:30), but that was fine, because we were planning on playing late anyway.  He and Kat kept us motivated to play more games.  We got into some Motocross Madness for a few hours, which is a blast to play.   A. C. tried to get some of us to play Legacy DoomII – and I was suckered into it.   I played him for a while and got my butt spanked.  He’s good at that game, but I held my own better than some he said.  He’s logged a bunch of hours on Dwango as a moderator…
So – I packed up my stuff and filled up my car and John’s truck and we headed home. Took a while, but I was finally in bed about 6:30am.
–BedMan
https://web.archive.org/web/20020724161452/http://www.bedlamgaming.net:80/reviews/chb_980913.html 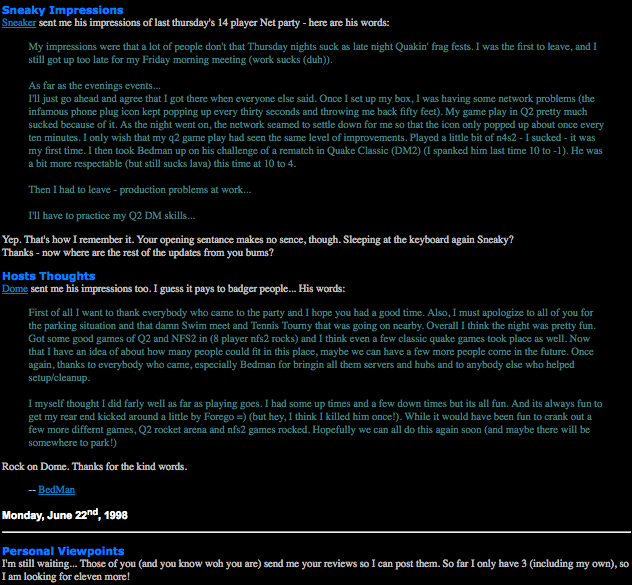 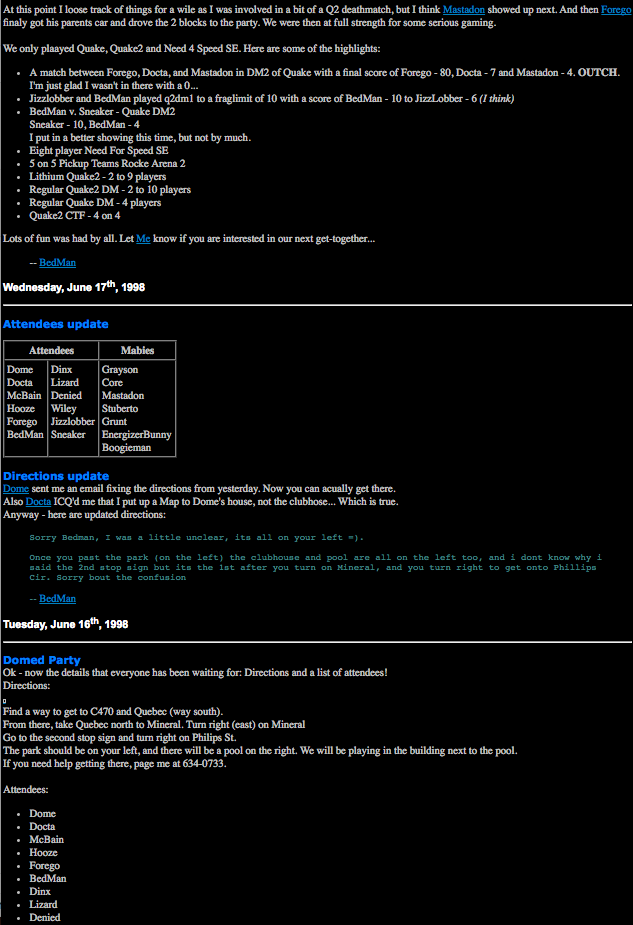 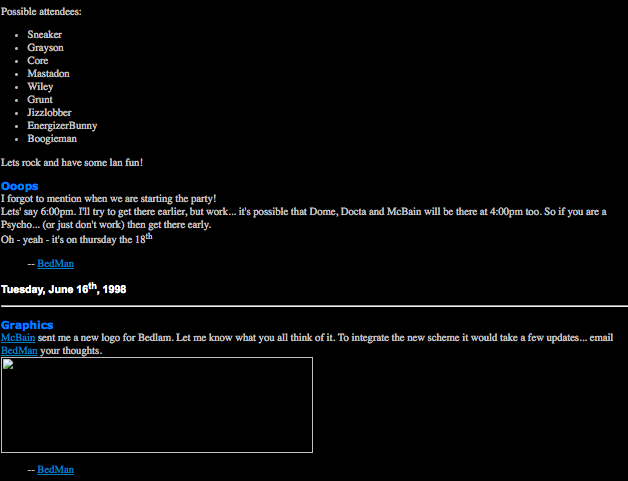 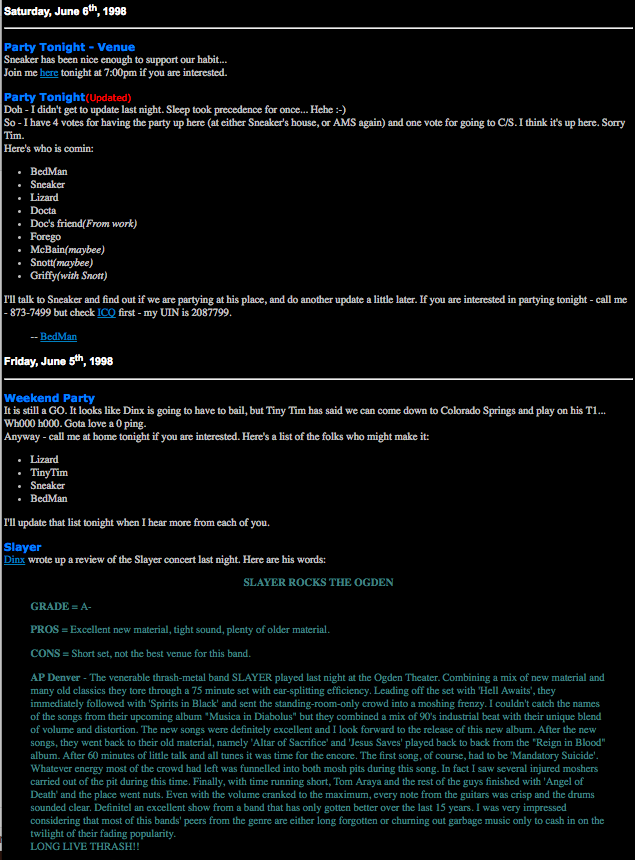 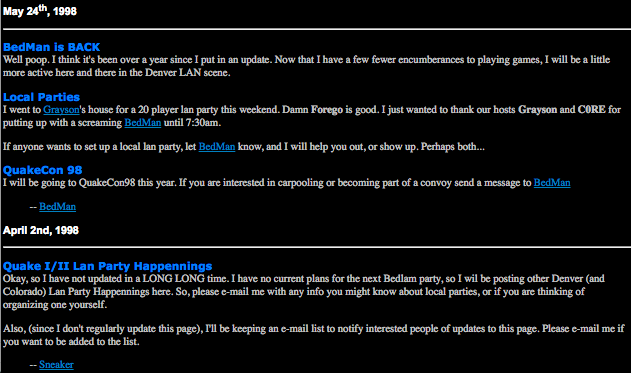 Hey party goers. Nice of you to stop by. Send mail to BedMan if you have any questions or problems with these rules.

Headphones: Imagine 150 people with sub-woofers getting hit with Rocket launchers on DM4. Outch. Not to mention power requirements – we are already tight on Power.

TCP/IP: For Quake, quake2 and NFS III – we have seen mixing protocols make bad things happen in the past. Let’s stick with TCP/IP for quakin – IPX is fine for most other games though.

Viruses: If you knowingly spread a virus (or even un-knowingly) you will be flogged. The people who do it on purpose will be banned from future Bedlamgaming Events. By the way – you might want to make sure your virus checker is current… Just in case.

Fun: Have some. They are just a games – remember!

Note: A whole new rules section will be forthcoming for the tournament. To see what’s in the works – take a look at the i2e2 web page. 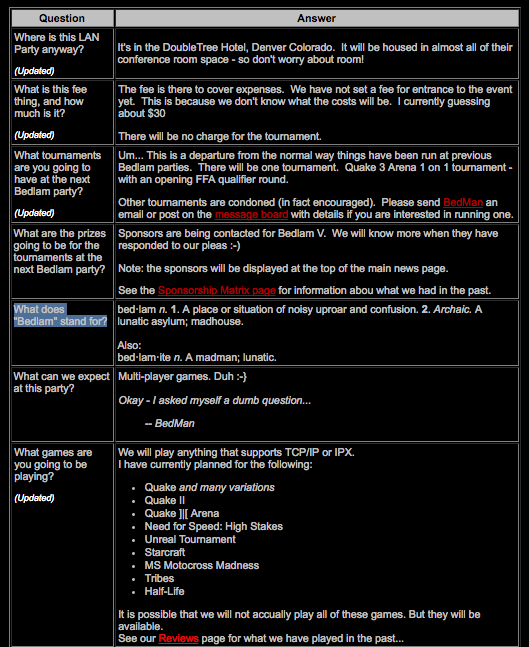 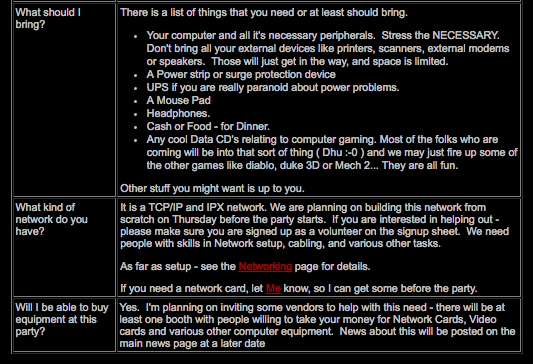 What does “Bedlam” stand for?

bed·lam n. 1. A place or situation of noisy uproar and confusion. 2. Archaic. A lunatic asylum; madhouse. 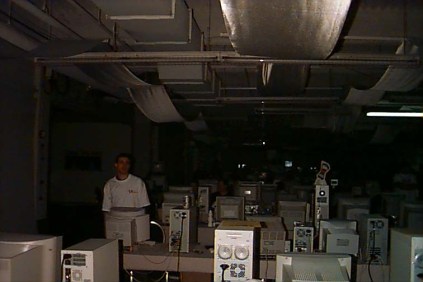 This is where we post reviews of the parties we have had. There was no review of the Bedlam II and Bedlam III parties. Sorry about that. They each had about 50 people, and much fun was had by all.

I post all reviews that are sent to me. If you want to see your name in lights – please send your review of a lan party in the state of Colorado to me 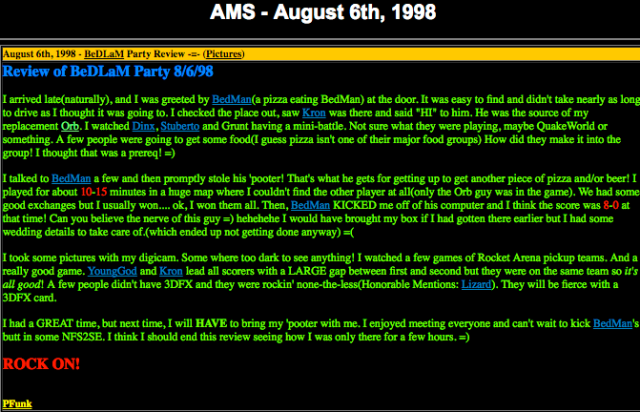 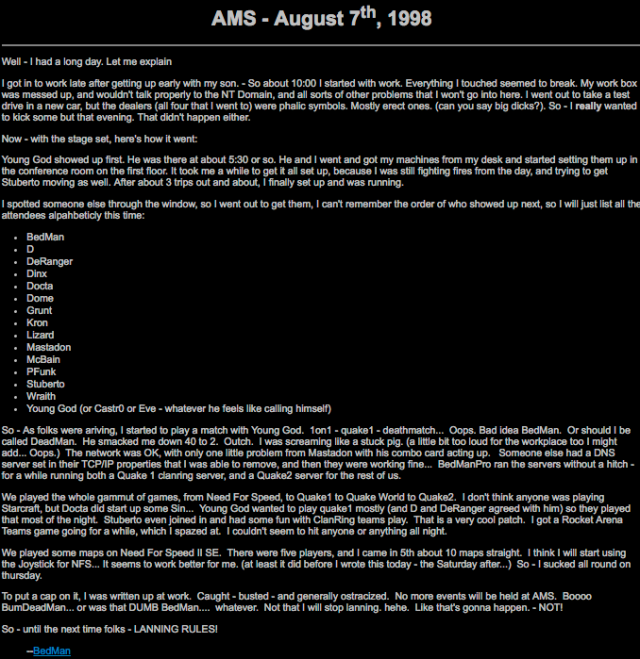 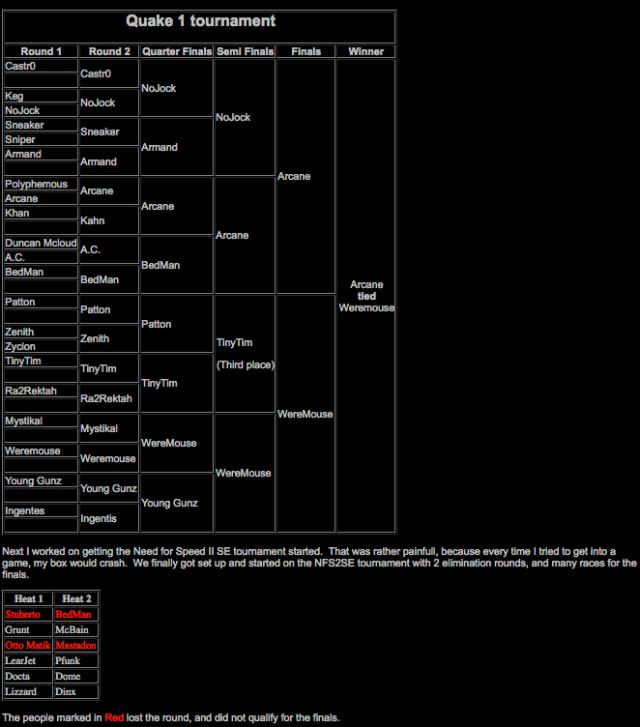 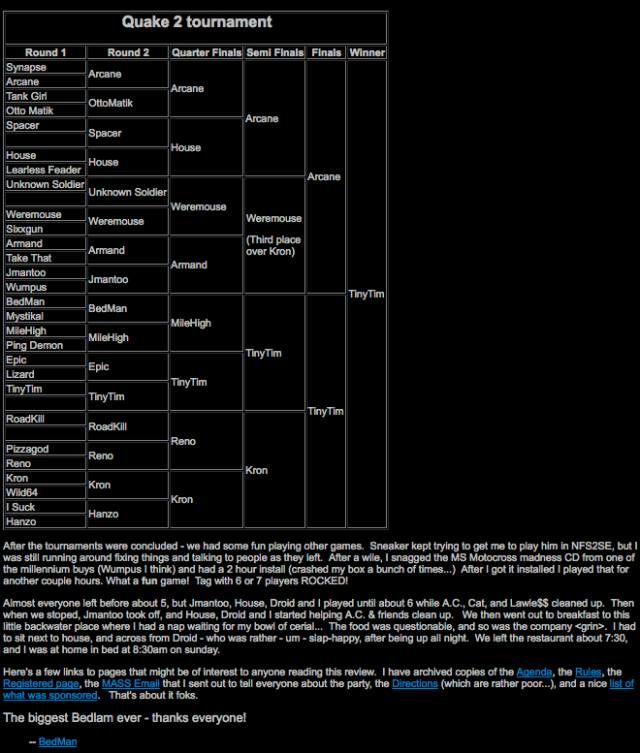 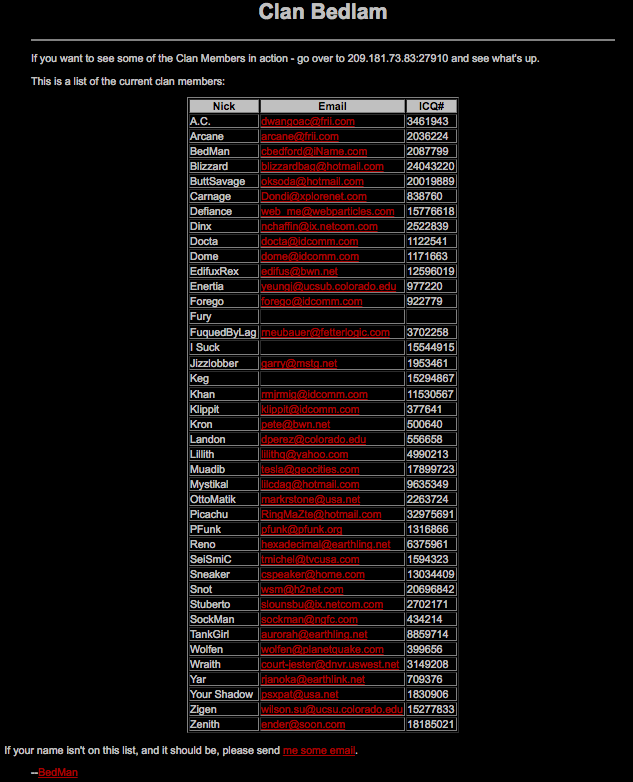 I have had some requests from other Web Masters to add links from my page to theirs, so without further ado – Here they are! If you have a link we should have here – please send it to BedMan.