Women With Weapons: Female gamers mixing it up with the guys in Web shoot-’em-ups

Clan PMS. Women of War. Babes With Attitude. Rail Girlz. If a male gamer meets any of these clans online while blasting his way through Quake II, he knows better than to flip them lip about being babes in boyland. If he does, he’ll be fragged — reduced to fragments in a hail of cyber gunfire. That’s if he’s lucky.

All over the Net, girls with virtual guns are infiltrating the notoriously male domain of multiplayer action gaming. Always a force in the role-playing genre, until recently women were a rarity in testosterone-fueled first-person shooter (FPS) games such as Quake and Quake II. Now Web sites offering gaming news, editorials, articles and reviews written from a woman’s perspective are popping up Web-wide. And finals are already under way for the first international women’s frag tournament, the Female Frag Fest ’99, which kicks off in New York next month.

The stereotypical FPS player may be a teenage boy, but female clans — contingents of gamers who band together to watch one another’s backs — include everyone from college students to mothers looking to blow off stress.

Nikki Douglas, senior editor at Incite’s new PC Games magazine and founder of the Grrl Gamer Web site, describes the gaming industry’s response to its growing female audience as “incredible. They’ve been immensely supportive, and they want to find out what women are interested in. We’re a market that they’re interested in capturing.”

But Women Gamers site editor Ismini Boinodiris points out that there’s still a lot out there to discourage female action players. “Sometimes women get harassed pretty badly if they go online with a female name,” says Boinodiris, 22. “They especially harass you in a strongly sexual way if you’re winning. Some men can’t handle it. They think women can’t play games, that it’s not their territory. And those few guys are the loudest and create chaos in the rest of the community.”

Not every woman is intimidated by male harassment, however. Longtime Quake player Harley Baldwin, 2, says she just slings the insults right back. “I don’t think it’s any different for me to be in a bragging war than it is for a guy. It all comes down to a question of competence and confidence. If you have those, you quickly win respect.

“There are some formidable women who play these games,” she says. “If you like games like this, you’re probably going to not have qualms about doing whatever it takes to get by.”

Vangie “Aurora” Beal, 23, and her compadres in Clan PMS know all about getting by — and then some. “One guy recognized a girl as being in Clan PMS and he targeted her, ignoring everyone else and just harassing and harassing her. So she minimized her Quake screen, came into the chat window and told us what was going on. And about five of us came out and pounded him.”

“Playing these games is the perfect stress remedy,” says Beal, who co-hosts a weekly show on women and gaming for the All Games Network when she isn’t working on her own Game Girlz site. “I was four months’ pregnant when I started playing Quake. It’s great for those hormonal shifts.

“There are a lot of women who also play games with their kids and free games online,” she adds. “I know just as many girls who play Quake who then log back on and play Crib.”

Leann Pomaville, head of Da Valkyries Web site, figures that female players get off on being as fiercely competitive as their male counterparts — in Quake, the goal is to pick off as many opponents as possible — but thinks FPS games could increase their appeal to women with a few tweaks.

“They could have just as much blood and gore, but add a little more story line and more customizable characters. A game like Half- Life appeals to women action gamers because it’s very cinematic and it has a plot,” says Pomaville.

When it comes to the future of women in FPS games, she is optimistic but practical. “The industry is still driven by men who market to male teenagers because that’s who buys the most games. But I think that as time goes on there will be more and more women online. Changes will come eventually.”

Grrl Gamer Douglas doesn’t doubt it. “We’re on our way. In the next couple of years there are going to be many more titles geared toward women — and I’m not talking about Barbie titles or the Cosmopolitan Makeover.”

SITES WHERE WOMEN ARE WELCOME 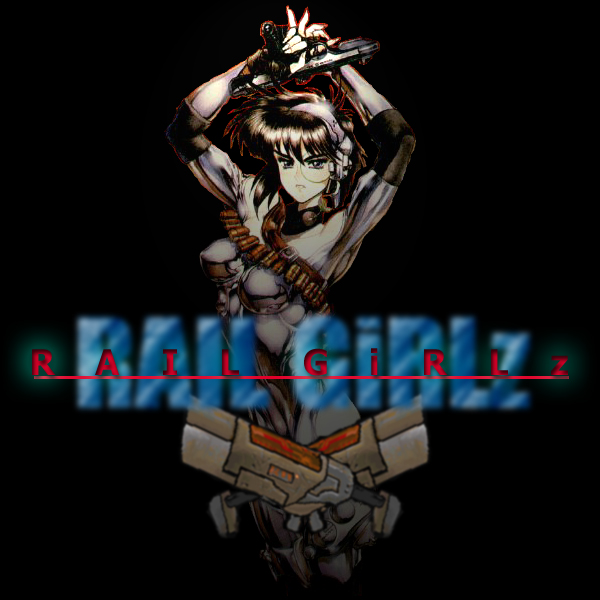 sUrFzGiRLz and her boyfriend decided to make a new female q2 clan, called

Because sUrFzGiRL have alot of talents on railgun, and her best favortive weapon also .. Her good friend Andermeda helped sUrFzGiRL alot .. Thanks for alot of ur help =)

Hopefully this clan will be still alive till forever

One thought on “Women With Weapons: Female gamers mixing it up with the guys in Web shoot-’em-ups, by Neva Chonin”