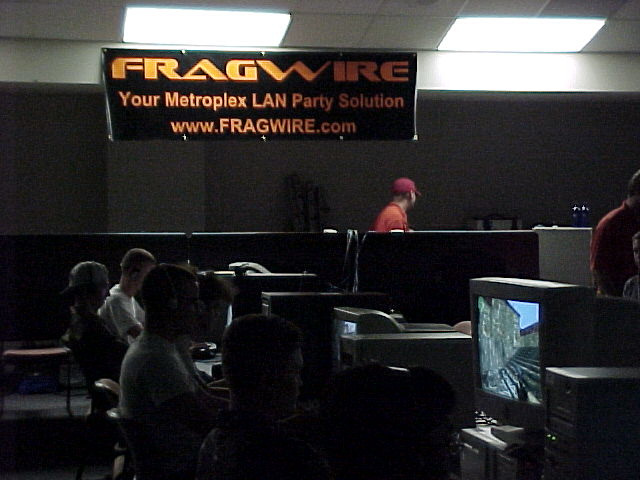 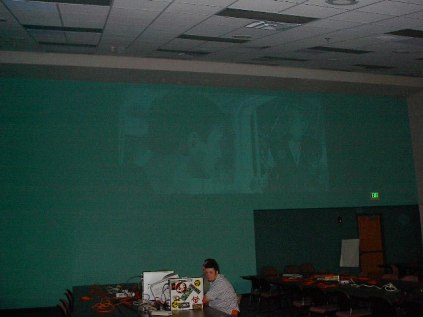 abandonware–Software that has been abandoned by its publisher and is no longer being sold. This is often sited as an excuse for pirating the software.

AI (artificial intelligence)–The computer tries to mimic the intelligence of humans by learning and adapting. Commonly used for characters in adventure games.

aliasing–A degrading of quality when a complex image is displayed using limited resolution. A common symptom is jagged lines.

anti-aliasing–A process to reduce the jagged lines that result from aliasing. aspect ratio-The ratio of an image’s width to its height.

AFK — “Away from Keyboard.” Typed to let others know you are stepping away from the computer.

Bot — Short for “Robot,” refers to a computer-controlled player. Also used as an accusation against a phenomenally good player

Camp, Camping, Camper— Camping is staying in one spot or small area constantly in an attempt to take advantage of a weakness in a level design, or out of poor playing skills. One can “camp the respawn,” waiting at a spot where a desirable item reappears frequently, or “camp the respawn” where players respawn after being killed. Usually not an activity bound to make you popular.

clan–Groups of players who join teams to play against other clans. Players will often add a prefix or suffix to their names to indicate their clan affiliation.

client–Any computer that connects to a server. In gaming, that would be the game player’s computer.

console–A prompt where you can type in text while you are playing the game.

co-op (cooperative)–A multiplayer game where players work together to complete the levels.

CTF (capture the flag)–A multiplayer, multiteam game where each team must protect its flag (or base) while capturing the flags of other teams.

crack–A patch to a game, usually developed by someone other than the game developer. A crack is usually used to remove nag screens and can otherwise be used to let a game be played in a way that violates its license.

deathmatch--In multiplayer games, such as Doom, the players compete to see who can kill each other as many times as possible.

FPS — “First-Person Shooter.” A type of game where the action takes place from the first-person point of view. Unreal Tournament or Quake 3 are both FPSs.

G2G — “Good to GO.” Ready to play. Used in games with some sort of waiting room where the host decides when to launch the game. More polite than typing “Go” over and over.

GG — “Good game.” Used to sooth the nerves of those you have fragged.

Gib — A “gib” is a little animated bit of goo that goes flying when a player’s model has been blown apart by a rocket or other large weapon of destruction. Also can be used as a verb, “to gib,” meaning to blow someone to smithereens; more specific about method of death than “frag,” above. Descriptively derived from “giblets,” the internal organs often included with poultry.

hack–Any unconventional changing of the data for a game.

hardcore–A game player who is familiar with games, gaming terms, and the gaming industry.

HPW — “High Ping Whiner.” A player with a really slow connection to the Internet.

IP (Internet protocol)–A series of numbers giving the address of a game server.

IRC (Internet relay chat)–This is a way for gamers, and others, to chat with each other over the Internet.

Iz — “Is” or “are.” Pretty lame, if you ask me, but it’s out there. One more reason I intend to send my kids to private school someday (just kidding).

Kewl — “Cool.” May be just postmodern textual abuse, but K-E-W-L is faster to touch-type than C-O-O-L.

lagware–A game that is too slow to play.

lamer–A player who is both ignorant and refuses to learn. A very demeaning term.

llama–A player who always complains. The player is also usually a lamer.

LOD (level of detail)–Usually used in conjunction with the complexity of 3-D models.

LOL — “Laugh Out Loud.” Implies a jocular good time is being had by all.

LPB — “Low Ping Bully,” (well, not “bully,” but it does start with “b”). A player who has a very fast Internet connection.

massively multiplayer–A game with hundreds or even thousands of players.

Noob– A new person. A rookie. New at the game. ie…Newbie, Nubee.

Owned– Lost against someone. Got your butt kicked. Got ruled by someone else.

Packet — A piece of information sent from computer to computer indicating anything from a player’s position to which explosion animation to play to which taunt to display. The more packets there are, the more detail to the gameplay. However, more packets means it is harder to play the game over a slow connection such as a 33.6k modem.

peacemaker–A player who mediates disputes among team players or a player who does not do a good job of competing.

Ping — Your connection speed. If you have a good connection, you have a low ping. Without going into detail, it refers to the number of milliseconds it takes for a signal to go from one machine to the other.

no-clipping mode–A mode of play where the player can walk through walls and other solid barriers. In some games, no-clipping mode removes your ability to pick up objects.

Respawn — When used as a noun, it refers to the place at which a player reappears after being killed or the position at which a weapon or ammunition periodically reappears.

rig–A slang term for your computer.

rocket jump–Having a character jump higher by firing its weapon at the ground while jumping. Rocket launchers yield an especially high rocket jump.

RTS — “Real-Time Strategy.” A type of strategy game where players do not take turns, but control their troops simultaneously.

Rush — A classic tactic in RTS games whereby one player builds a lot of weak troops in a short amount of time and sends them off to try to kill an opponent quickly.

sit-in–When a group of dead players refuses to re-enter a game until their demands are met.

Sniping — As opposed to Camping, above, sniping is a practice whereby a player tends to engage others at long range, especially without their knowledge. Most online FPS games have some sort of sniper weapon, these days.

strafe–To fire a weapon in a wide pattern rather than aiming at a specific target.

sysop (system operator)–The person who controls special options in a multiplayer game. These options might include setting the level, assigning players to teams, or kicking misbehaving players out of the game. 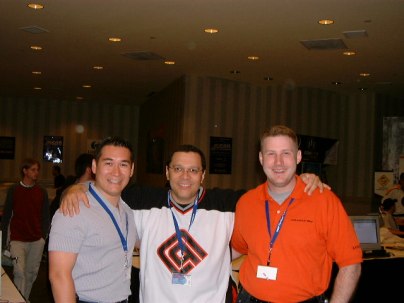 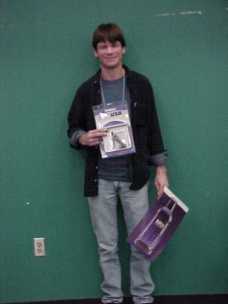 telefrag–To kill an opponent by teleporting to where they are standing.

teleport–To change the position of a player or an object, like beaming in Star Trek.

waking up dead–In a multiplayer game, when a player has such a slow connection that he is killed before he can gain control of his character.

Warp — Players who have a bad connection to a game often “warp,” or teleport around as the server attempts to predict their movements from the last packet they received from the player’s computer. The server will occasionally get a new position from the player, and “warp” them to the correct position.

whiner–A player who is always complaining

WTF — “What the Frag?” Used to express surprise or disgust. Example — “WTF? Who fragged me?”

And if you think F in WTF means “frag,” you probably play as “Neo” online