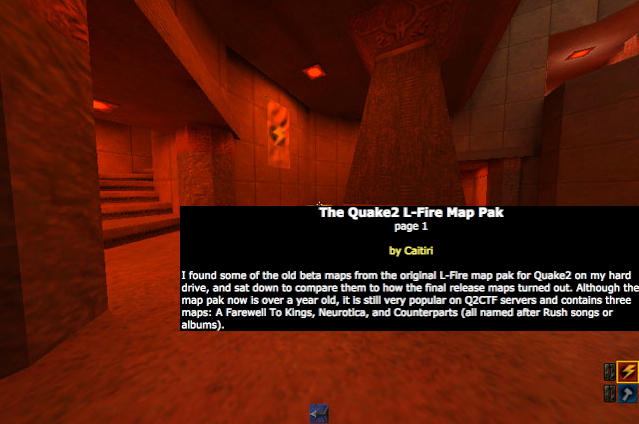 The Quake2 L-Fire Map Pak, Final Versus Beta, by Caitiri

A Farewell To Kings
by TomiKazi

This was the first of the L-Fire maps to be released into beta, and had the most extensive changes done to it throughout the map-making process. The beta version I have is quite close to how the final ended up, but still had several substantial changes.

The first of these changes was in the megahealth room. The door to the mega originally had to be opened by pressing a button behind the pillar. It was changed after complaints that it was difficult to get the mega by yourself as the door did not stay open very long after the button was pressed. In the final version, the door opens when you approach it.

The final change was made to the platforms themselves. Originally, they were hollow, and had armor and ammo inside; they were closed off after noticing that people didn’t enjoy being trapped in such a tiny room that close to all the quad battles in the middle (the second picture is a close-up of what was inside the platform). 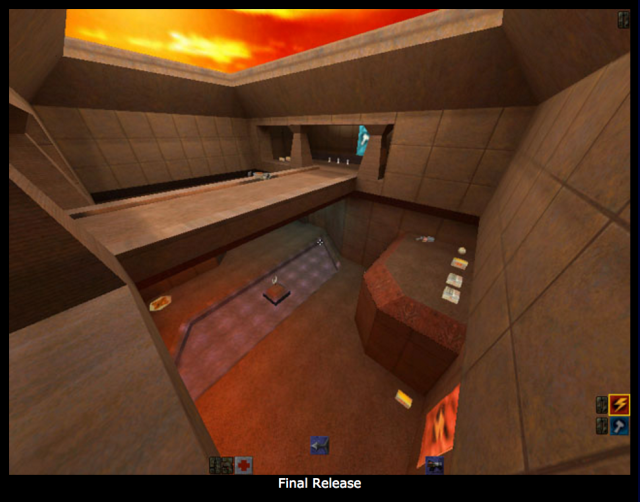 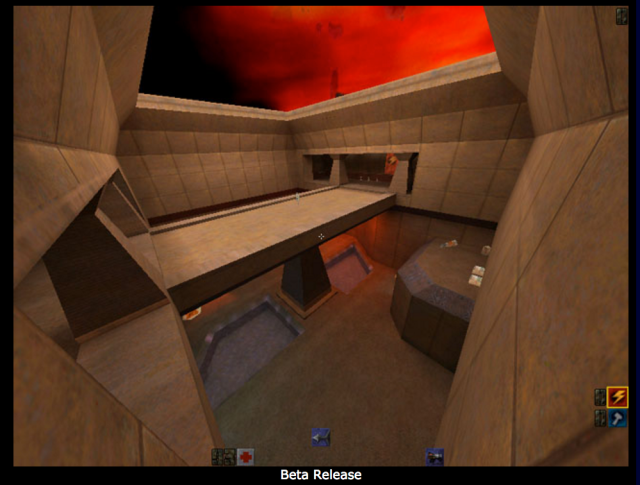 A smelter-inspired map, this is the most popular of the three L-Fire maps; it is a small map with two quads, which leads to a lot of action. The beta version is the closest of the three to the final version with only some minor changes.

Both of these changes involve the water area in the middle. In the original, going into the power shield room was a one-way ticket; you had to go back out through the water to exit the room. After finding this slowed down gameplay too much, two teleporters were added in the room in place of ammo paks, and the slug pak was changed to cells.

The other change was around the water platform. In the beta, only the red armor was in the water, not providing much incentive to stay in the water but for a few seconds. In the final release, health and ammo paks were strewn around the circular base, allowing a player to drop into the water and restock before exiting and continuing the battle.