The news was a bit late, but better late than never =) At the end of December, the final release of the well-known QW, QL, Q3 card called Bloodrun was announced. Let me remind you that the author of the original version of this card, known in quaker circles American, under the nickname ZTN. The games on the cards that appeared from under his pen have been held for many years and are known to all fans of the Quake series.

This time the port was made by a Canadian mapmaker under the nickname themuffinman. Of all the games listed above, the map is most similar to the version most popular to date, Quake Live.

To date, this is not the first attempt to port this card to the atmosphere of Quake 2, and for the sake of justice, I must say that the most successful.

As you know, the card is great for dueling, ffa (it’s meat) and teamplay for 4 players.

The map is perfectly executed, balanced, has an interesting architecture, nice textures and well-chosen lighting.

The screenshots of the map are attached =) The screenshots I shot myself, and given that I use 32-bit textures pak, the texture content is slightly different from the original. We look below … 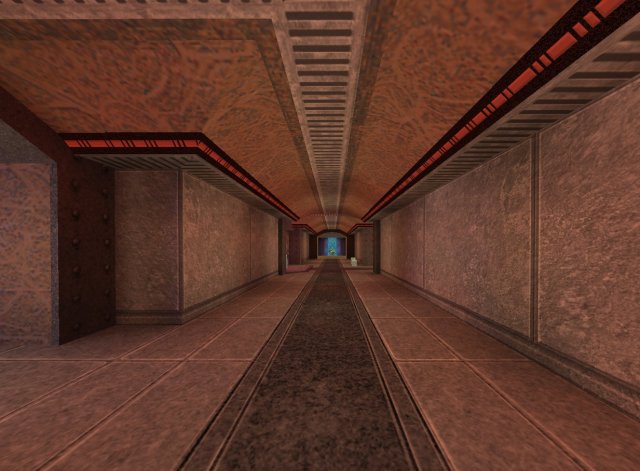 Soon the card will be added to the mappelist of the well-known digitalfrag servers in Europe, so each of you can try it in real battles.

Well, the last link to the map and the discussion page in the forum tastyspleen where you can leave your feedback, wishes and remarks. ES-sno after registration =)