"If you camp at the very tippy-top of bigspacegunup for a while, the sky cube will start cutting through the back of the map. Moving forward will bring the cut off polygons back into view. There are also some dark triangles present inside the raised version of gun. I tried everything to get rid of them, but the darkness transferred even to plain cubes placed over them. No one deathmatching will probably care about it." 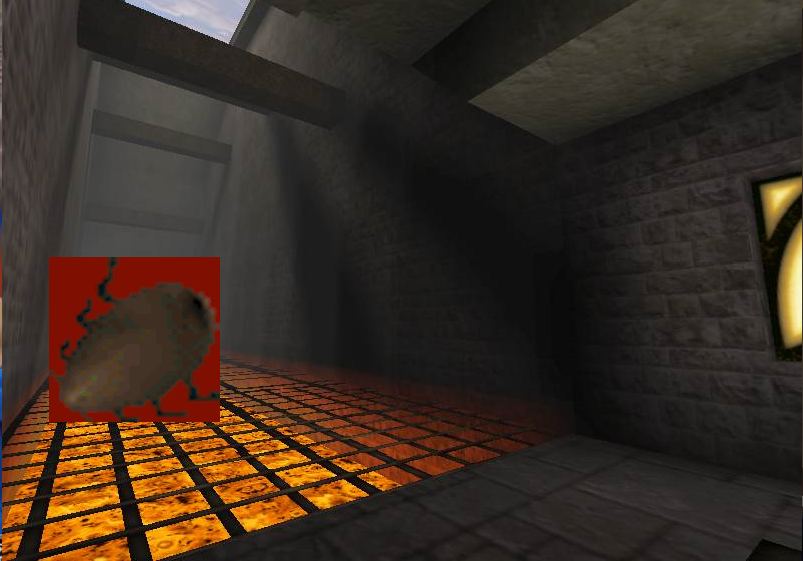 "After the fall of Shub-Niggurath, the world which was the home of the Elder God Shrine was forgotten and fell into disrepair. Several hundred years later, as man expanded out into the deepest reaches of space, several mining expeditions came across this world and found the ruins of the former shrine. All layed claim to the artifacts at this site, and now battle amongst themselves to see who will get to uncover the secrets of the Elder God Ruins."